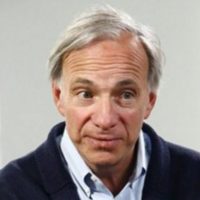 Investment guru Ray Dalio is all in on the Fed/ECB print orgazmo and says to borrow like no tomorrow: “This printing of money and buying of debt assets has driven interest rates so low that cash and bonds are stupid to own,” he wrote in a post on LinkedIn. “I think one should consider minimizing 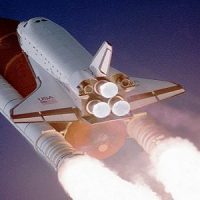 Wall Street couldn’t wait for the new year to hit new time highs, having lifted nearly 30% in 2021, capping off one of the best years in history. The funny thing is, there’s been more than seventeen times since 1928 where the US stock market went up 30% or more in a calendar year, but Morgan Stanley with the note: Tesla reported 4Q unit deliveries roughly 15pct ahead of consensus, annualizing to over 1.2mm units BEFORE contribution from Austin and Berlin which we ultimately expect to be far larger plants than Fremont and Shanghai. 3key thoughts: It’s not just the unit beat, but the favorable economics from reducing the proportion FT has a great article from Robert McCauley, a non-resident senior fellow at Boston University’s Global Development Policy Center and associate member of the Faculty of History at the University of Oxford about how Bitcoin may end up being not just the greatest Ponzi scheme ever, but worse on a social level – an actual Societe Generale with the note: The ongoing post-pandemic monetary easing cycle started with the first rate cut of July 2019 after tightening reached a peak in December 2018. After two cuts, the Fed policy rate had declined to 1.75% by February 2020 from a tightening peak of 2.5%. With the global pandemic bringing economies to Mizuho with the note: Central banks are often viewed as the guardians of inflation, but the Fed and ECB now face a predicament: with rapidly rising prices a political issue in the US and elsewhere, central banks that remain dovish have come under increased criticism and been forced to reframe some of their commentary. Rate By Unconventional Economist in Global Macro, Markets, US Economy

Goldman with the note: The November FOMC minutes provided little new insight into the FOMC’s tapering plans. All participants judged it appropriate to announce the start of tapering at the November meeting and “some” participants favored a faster taper, but the September minutes had already revealed that “several” participants advocated for a more rapid reduction I had a fascinating space investment conversation (podcast) yesterday with Dr Andrew Barton, an engineer specialising in space technologies with a long career in both Australia and internationally. For me, what is incredible is the pace of cost reductions being seen in the sector. Elon Musk’s SpaceX has brought the cost of launching equipment into Runaway inflation is the theme du jour. “Protect your portfolio from hyperinflation” scream headlines from investment newsletters. I have an alternative scenario for you. Current inflation is supply-chain and commodity bubble-based, temporary, and the recent price signals will actually create the opposite effect.  It is a detailed argument. So, I’m going to present the alternative The Q1 2021 reporting season is in full swing in the US, Europe and Japan and profits are booming. Markets are expensive, but if the upgrades keep coming the current prices won’t look so bad… In the US, even the company at the worst 25th percentile has seen upgrades to forecasts: Disclaimer: Q1 2020 to 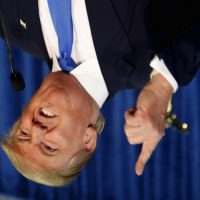 Quelle surprise. His Royale with Cheetos has decided at the last minute to squash the long awaited yet extremely underwhelming stimulus bill from the US Congress, wanting more money in the stimulus cheques ($2000 vs the paltry “let them eat cake” $600) and removing a lot of riders and other “unnecessary” spending. From MSN: The Markets move in cycles. The last 40 years have seen interest rates down from 20% to less than 1%, quietly fuelling a rise in bond returns over the same time. This has driven the return of the benchmark 60/40 portfolio (60% stocks and 40% government bonds). Over the 40 years, the benefit of the 60/40 Nobel prize winner Harry Markowitz gets the credit for coining the phrase that “diversification is the only free lunch in finance”. Add the insight that stock markets are at least semi-efficient, and a multi-trillion dollar exchange-traded fund (ETF) industry was born.  And indeed, many exchange-traded funds are worthwhile investments, providing low-cost diversification. But some take The digital games and interactive media sector is probably much larger than you think and still growing. To put it into perspective, one of the highest rating movies ever, Avengers: Endgame, grossed US$858m during its opening weekend. Grand Theft Auto V’s release, earned US$1b in just over three days.  Originally just a PC/console experience, ubiquitous by Chris Becker Save for the record high bubblicious NASDAQ, Wall Street is stalling out in the new financial year as the dual impact of the upcoming presidential election and the disastrous effect of the coronavirus takes hold. But good news everybody – earning season is around the corner! Wall Street goes through this every by Chris Becker The start of the trading week has seen mainland Chinese stocks soar, with the Shanghai Composite up nearly 3% in midday trade, now putting on nearly 20% from its lows and building above the 3000 point barrier: Meanwhile, other Asian bourses are up solidly, except the ASX200 which is treading water after by Chris Becker Ray Dalio, the masterful manager at Bridgewater Associates had a long and wide ranging interview on Bloomberg over the weekend, nailing how the markets are no longer free allocaters of capital, but completely propped up and fed by the Fed and other central banks. Take aside a half hour of your time By Unconventional Economist in Markets

Last night’s crash in the S&P 500 was one for the ages and saw the index plunge by nearly 12%: The S&P 500 has now plunged 30% from its 19 February peak and has erased all of 2019’s gains, which were the second best over the 11-year bull run. The next chart shows how yesterday’s

By Guest in Markets, US Economy

By Damien Boey at Credit Suisse: Over the past few days, we have witnessed some very confusing signals from Fed officials: Vice Chair Clarida suggested that the Fed should not wait until things get so bad to have a dramatic series of rate cuts. These comments followed and potentially reinforced dovish comments from the New 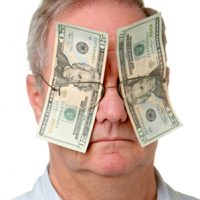 by Chris Becker Stock markets are renowned for pricing in promises but failing to deliver on accuracy. With US markets now at record highs, with the Dow Jones breaking through the 27000 point barrier last night as the S&P500 hovers at a near doubling of its GFC low, and a Federal Reserve hell bent by Chris Becker While Bitcoin launches back over the $13000USD level in the Asian session today, a quick reply on the currency question from the ECB Twitter account smacked down the crypto bulls: Lane: No. Bitcoin is not a currency, it rather is an asset and it is very volatile #AskECB https://t.co/XQ9Mqdm5rU — European Central by Chris Becker Following the jump in USD on the Friday night unemployment print, the PBOC has re-entered the easing game, resetting the Yuan fix to a much lower 6.8881 from Friday’s 6.8697. Offshore trading in Yuan (USDCNH) is already moving back above 6.89: This is part of Beijing’s ongoing manipulation of its currency as by Chris Becker One of the struggles of successful investing is that a majority of your returns come by following along with the herd as prices rise, but to convert these ephemeral gains into actual returns almost always involves turning around and getting in the way of the crowd as they stampede to ever higher highs.

by Chris Becker The undollar crypto currency the mainstream economists love to hate – Bitcoin – has seen a meteoric rebirth since the start of March this year, tripling in “value”: Having reached nearly $USD14000 mid way through last week, Bitcoin also showed why for most investors/speculators, its something to avoid traversing in the short term, 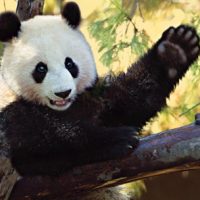 by Chris Becker According to US President Donald Trump, there’s been “progress” made in the ongoing trade talks with China, enough to delay the tariff increase that was set to kick in on March 1st. In tweets (that look written by his staffers given the proper grammar and multi-syllabic words), he said: “I am pleased by Chris Becker The Bitcoin boosters are back! HODL! Russia is still going to save the day and Bitcoin is going to $2 million! From Mickey: The economic analyst who claims Russia is about to buy more than $10 Billion worth of Bitcoin has responded to doubts about his credibility. Speaking exclusively to Micky News, Vladislav by Chris Becker In short, not yet. The crypto lovers are going ga-ga over “news” that Russia, under “enormous pressure” by US sanctions after liquidating its very modest US Treasuries portfolio, will now diversify into Bitcoin. From ZH, where the cycle has hit the apex: According to Vladislav Ginko, an economist at the state-funded Russian