The contemporary seaborne iron ore price first emerged in 2003 when the Chinese development model shifted up a gear. Indian suppliers broke free of an annual contract pricing system that had been dominated by Australia, Brazil and Japan for decades.

As Chinese demand surged, traditional supply and pricing mechanisms could not keep pace. Indian miners in Goa and Karnataka had surplus supply and filled China’s marginal new needs outside the old benchmarking system.

But it still wasn’t enough and other non-traditional suppliers began to emerge in South America and Africa. These needed more dynamic pricing mechanisms and by 2008 Platts, Metal Bulletin and The Steel Index were publishing a daily iron ore price.

As the Chinese demand surge continued, by 2007, major Australian iron ore miners were charging enormous premiums to prices from five years earlier. The annual benchmarking system began to strain to the point breaking, including significant diplomatic tensions between Australia and China. This culminated in a proposed merger of BHP and RIO Tinto which triggered panic in Beijing as it feared an already supply-constrained market and soaring iron ore price would by made worse by monopoly pricing. The Chinese SOE, Chinalco, moved the buy a blocking stake in RIO Tinto.

However, the GFC intervened and deflated tensions as Chinese demand collapsed. But Chinese steel mills found themselves still tied to very high prices and an annual iron ore price benchmark that did not reflect the new reality. Many defaulted on cargoes and walked away from deals.

To fight the downturn, China unleashed an enormous fiscal and monetary stimulus that soon had China building more than ever. The demand for iron ore rocketed to all new highs. With the memory of contract defaults fresh in their minds, major Australian miners, led by BHP and CEO Marius Kloppers, abandoned the annual benchmarks, forcing Chinese steel mills to adopt a short term iron ore price using spot and quarterly contracts. Brazil joined in in 2010.

These last developments coincided with the peak in the China boom and prices began to fall from 2012. After peaking above $190 per tonne, the iron ore price collapsed into the $30s in 2015 as new supply outstripped demand.

Ahead were still many years of oversupply, a lower iron ore price, consolidation and mine closures.

Find below our daily feed of market analysis Iron ore prices for July 15, 2020: Westpac has a nice wrap on things: The recovery in the Chinese steel industry … From the demand side, the outlook for iron ore and met coal remained quite robust through June. Pig iron production has seen a very strong recovery since March, lifting a further 7.4% in

Iron ore prices for July 14, 2020: Spot powered on. Paper flamed out. Trade data is bullish with China nearly breaking the imports record in June and growth now surging: Conversely steel exports are destroyed, not that it matters: Data remains crap outside of empty apartments and bridges to nowhere: Brazil is still buggered: Onwards

Iron ore prices for July 10, 2020 (growth rates are weekly): Aaaand we’re off. In a classic seasonal pattern, steel mills have returned from Dragon Boat and gone long iron ore restocking. I still see us popping straight to $130. Higher is very possible if Brazil hiccups. There is plenty of room to restock: Steel by Chris Becker Iron ore continued its surge yesterday with spot Tianjin prices up above the $107 barrier, while 12month futures gained, but shorter term prices slipped alongside rebar and coking coal. Here’s the table and latest charts: Iron ore imports to China have fallen to their lowest level since October 2016, according to Steelhome, by Chris Becker One of the major takeaways from the coronavirus epidemic has been the inability of Australian politics to adopt a more Machiavellian method in dealing with Communist China. There are many layers to Australia’s relationship with the Middle Kingdom, but the most brutish is the amazing amount of iron ore that is pumped by Chris Becker Iron ore prices shot out of the gates again yesterday, with spot prices up more than 3% with steel rebar futures up nearly 2%, lifting for five days in a row. Here’s the full price list and charts: The rally in steel prices may be due to a low inventory level with by Chris Becker The iron ore complex played catchup to other risk markets with sizeable gains across spot and futures in China and on the SGX yesterday, although coking coal slipped slightly. Here’s the price matrix and daily charts: Iron ore shipments have slipped for the last week in China, helping support prices, down nearly

by Chris Becker Iron ore lifted around 0.5% across the complex compared to the big gains in stocks in China yesterday, the exuberance capped somewhat by the rising port inventories and confirmation that Vale is ready to bring back its lost production in the next quarter. Here’s the price matrix and daily charts: More on

Iron ore prices for July 1, 2020: Chinese data is still weak: Except for: Brazil is still overrun: It’s still my view that Q3 looks strong for iron ore after the seasonal weak spot: 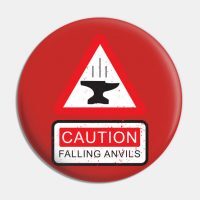 Iron ore prices for June 30, 2020. These prices are for two days: Everything down as Summer rains hit China and suppress demand. I still see the price higher in Q3 once this passes. The Chinese recovery remains weak: But Brazil is still overrun: So, no change from me.

Iron ore prices for June 26, 2020: Chinese markets were closed for Dragon Boat Festival. Data is quietly improving:   Brazil is loudly getting worse: UBS is still bullish: Consumer led recovery in H2 20e. COVID re-emergence the greatest risk If China’s emergence from COVID-19 lock down is anything to go by, then H2 20e

Iron ore prices for June 24, 2020: Spot was up. Paper too. Steel is stalled. CISA output for mid-June is mad: Steel inventories are rising again off an already huge base. But it doesn’t matter. Steel mills have been operating as policy firms all year. Market forces are suspended. Broader data is still soft: Brazil A Vale bulker now sleepin’ wid de fishes: A vessel carrying #ironore for miner Vale which was stranded off the Brazilian coast had to be sunk this week after failed attempts to rescue it. #shipping pic.twitter.com/hoVfhNIcLS — Marcelo Teixeira (@tx_marcelo) June 12, 2020

Iron ore price for June 25, 2020: Chinese data is still grinding higher: Brazilian virus data is still terrible. The AFR has good chart illustrating ongoing supply risk: No change for me. Indeed, I’m quite impressed with the resilience of prices in this seasonal weak spot. Still looking for a run higher in Q3. Longer-term

Iron ore prices for June 22, 2020: Brazil had a better day but will likely get much worse yet: Chinese data remains crap outside of empty apartments: The following captures my view, from Platts: The iron ore supply shortage that has helped support high prices in recent months looks set to continue with Vale likely

Iron ore prices for June 19, 2020: Everything roughly stable on Friday. Port stocks edged up. One bearish signal has emerged, the BDI: Via Reuters: “Most of the strength is due to increased Chinese steel mill demand for iron ore coupled with the increased production and exports out of Brazil,” said Randy Giveans, vice-president, equity

Iron ore prices for June 18, 2020: Chinese data remains terrible outside of empty apartments: I still expect the Brazilian pandemic to get much worse: Here’s the latest Chinese steel inventory chart: 30mt in June is insane. It should be 10mt lower. That said, the glut has slightly diminished in seasonally adjusted terms and I

Iron ore prices for June 17, 2020: Chinese data is still bloody ordinary: So is Brazilian: So I take this with a  grain of salt: Iron ore miner Vale said that operations will gradually resume at its Itabira complex in Brazil. The complex was shuttered on June 5 due to the spreading COVID-19 virus. The

Iron ore prices for June 12, 2020: Spot jumped and paper signalled more ahead. Steel is a little left behind. The latest Chinese data is still crap outside of empty apartments, which is all that matters: Brazil’s virus shocker is getting worse: The US-based Insitute for Health Metrics offers a glimpse of where it’s going:

Iron ore prices for June 11, 2020: China’s recovery still looks crap:   Outside of empty apartments and bridges to nowhere of course: And Brazil looks disastrous: The iron ore bull case is intact but will probably get sucked into the broader markets vortex in the short term.

Via Reuters: The office that enforces labor laws in Brazil’s Para state has stepped up an investigation into potential shortcomings in mining giant Vale’s efforts to protect workers from the coronavirus, authorities said on Wednesday. The federal labor prosecutor’s office in Para has an internal working group in place known as the GEAF to monitor

Iron ore prices for June 10, 2020: Some pullback across the board which always happens in June: Platts does not think it will get far this time: Rebar inventories have started to build in southern and eastern China as the rainy season slows construction activity, but steel prices are unlikely to fall sharply as the Iron ore prices for June 9, 2020: Not much change in things. Chinese data is still crap, excepting empty apartments: Brazil’s virus data is on the weekend but is still rising week over week: Up remains the path of least resistance for iron ore, notwithstanding short term seasonal headwinds. Longer-term it’s the opposite, via Reuters:

Iron ore price for June 8, 2020: Chinese steel exports in May were awful at 4.4mt: Iron ore imports weren’t great either at 87.03mt but the rolling annual hit its highest in two years: The Chinese recovery looks completely stalled out: But all that matters is Brazil: At least, that was all that mattered: Brazil

Iron ore prices for June 5, 2020: Spot took off Friday. Paper as well. Port inventories of iron ore are still falling, down to 108mt. CISA steel output hit outrageous all-time highs above 2.09mt for the late May fortnight. The industrial base in China is stuffed, leveling off at 90% output. And that is being