The global economy is being rocked by the fastest tightening of monetary conditions in living memory: What is a little scary about it is that the US is lagging badly: Meaning the Fed is going to tighten into it. Global recession starting in H2, 2022 is now my base case.

Goldman with the note. My own view is we’ll have suffered a credit event and global recession long before much of the below happens. — 1. Russia’s invasion of Ukraine—and the Western response to it—will exacerbate the supply-demand imbalance that lies at the heart of the global inflation surge. Reducing trade with a current account By Houses and Holes in Commodities, Global Macro

FTAlphaville with the note. — The news around Russia’s invasion of Ukraine is moving fast. To the extent that almost any article that one starts becomes horribly out of date by the time it’s finished. But one thing that can’t be denied is the volatility in commodity prices at the moment. This Monday morning, Brent 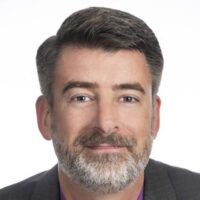 It’s always worth listening to Peter Zeihan. He’s got some insights and is always entertaining even if is over the top. I can’t see Germany breaking NATO by joining the Arc of Autocracy and much of his thesis falls apart from there.

TS Lombard with a solid if a plodding note to help frame Ukraine’s impacts. I personally think that long-tail outcomes such as credit events and global recession are much more likely than this analysis suggests. — ⚫ We are more cautious owing to the exceptional geopolitical uncertainty ⚫ Risk asset valuations have adjusted but not Readers will recall Profesor James Curran, the most persistent China apologist of 2020/21: He is anti-American. He is confused by Keatingesque fantasy and “China is inevitable” propaganda. Is happy to sell Aussie freedoms for a few yuan more. Having been wrong for several years now, and having learned nothing from Australia’s comprehensive victory over China By Houses and Holes in Australian Politics, Global Macro

We all owe Vladimir Putin a drink. Ukrainian suffering aside, he has delivered the world an enormous favour in his bumbling invasion. How so? First, this: China’s top government officials have issued orders to prioritize energy and commodities supply security, sparked by concerns over disruptions stemming from the Ukraine-Russia war. Government agencies, including the country’s Is our Vlad in trouble at home? Russians are being bombarded with very effective Russian-language anti-war propaganda. We’re seeing a lot about Zelensky etc. but Russians are widely viewing some HUGE celebrities with big, big follower counts coming out against the war. — Dr. Ian Garner (@irgarner) February 28, 2022 Russians are seeing these narratives, 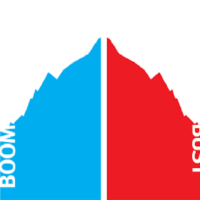 By Houses and Holes in Commodities, Global Macro

I have tried to talk some sense into them but Wall Street will have its way. Commodities were already crazy before Russian bombs starting falling. Now they are entering a blowoff that will take down the global economy via demand destruction before long. Some charts: Goldman has led the charge and is now warning of Goldman with the note. — Q: What restrictions on reserves were announced and what is the impact? In a coordinated release on Saturday night, leaders of the European Commission, France, Germany, Italy, the United Kingdom, Canada, and the United States announced new economic restrictions on Russia. Japan has since announced that it will also stand By Houses and Holes in Australian Shares, Global Macro

Morgan Stanley remains hawkish: An old chestnut in commodity markets is that “the cure for high prices is high prices.” Prices don’t rise in perpetuity because ultimately they reach a level of price tolerance, which is followed closely by a drop in demand. Demand destruction then exerts a gravitational pull on inflation. This process isn’t FTAlphaville with the note: — Vladimir Putin’s declaration of war on Ukraine has revived calls to kick Russia out of Swift. The measure is seen as among the most severe that the US, EU and UK could take. Denying Russian banks access to Swift is far from a given. It would, for instance, undermine Europe’s

Pantheon Economics with the note. We can’t read the warped mind of Vladimir Putin, so we have no hard view on the final outcome of Russia’s invasion of Ukraine, though it’s always good to remember the old—Prussian—adage that no military plan survives its first encounter with the enemy. Some of the economic consequences, however, are

Russian President Vladimir Putin has given a speech ordering “a special operation in Donbas”: Russian state media is also confirming. “I have declared a special military operation,” Putin said. Fox News is reporting that Russian forces have entered Ukraine from Crimea. Putin announced the Russian military action to ‘demilitarize’ Ukraine.” And further he provocatively asserted: The only good thing I can say about it was that China got good flogging by Norway and the US beat them again: Not that anybody cared: Through Tuesday, according to The Associated Press, an average of 12.2 million watched the Olympics in primetime on NBC, cable, or its Peacock streaming service, a 42-percent dip By Houses and Holes in European Economy, Global Macro

As various hysterics, led by “Psycho” Morrison, fearmonger over Ukraine, I am wondering this morning if the crisis isn’t already past its peak. Russia has invaded a small slide of Eastern Ukraine to “liberate” Russian-speaking peoples. Russia-backed separatists currently control less than half of the Luhansk/Donetsk region. It’s not clear which areas have been recognised Australian surgeon Dr Andrew Browning has expressed concern about the two-speed global rollout of COVID-19 vaccines. He says that most people in developed countries like Australia are now receiving a booster shot, while many people in developing nations remain unvaccinated. This, in turn, is leaving Australia (and other developed nations) exposed to virus mutations: Never

Goldman with the note. — We are asked increasingly how much (Ukraine/Russia) geopolitical risk premium is now priced into a range of global assets. It is always difficult to be precise, but in order to answer this question, in this Daily, we proceed in two steps. First, we examine how global assets moved during sharp

Nomura with the note: Q. What would an escalation in Ukraine mean for markets? A. We believe an invasion of Ukraine from Russia would lead to a negative response from the US (and allies), which would lead to, at a minimum, significant sanctions. In our view, the resulting impact of sanctions (with the risk of

Global Trends       Europe     Americas       Asia   Africa Australia       More COVID-19 Statistics and Analysis See our latest blog posts or podcasts here. Please visit the Our World in Data  Coronavirus data Dashboard for individual country data. Data sources This is a list of some of