By Chris Becker  The Santa Claus rally on risk assets is over with a wide selloff overnight as traders square up their results for the year. Both Wall Street and Europe saw the same losses – around 0.75% or so – on stock markets, while oil and gold prices were steady. Volume still remains pretty

With most markets here in Asia are still in light volume mode, there continues to be some downside volatility in USD as the year draws to a close. The Chinese Yuan is appreciating, with a drop below the 6.98 level in offshore trading while gold jumped another $5 to be above the $1515USD per ounce

By Chris Becker  Given the thin and volatile trading over the Christmas Period, this morning’s report will take a step back and look at the weekly trend overall. Starting with local Asian share markets where the Shanghai Composite finished the week just above 3000 points after dipping well below that level during the Christmas week

By Chris Becker  Stocks advanced on both sides of the Atlantic, as thinner volumes and macro concerns are waved away as the Santa Claus rally continued apace. The latest US durable goods orders slumped unexpectedly, which sent the USD down slightly, while gold finally found some life as commodities were flat. Looking at the action

With most markets here in Asia in light volume mode, there’s been a bit of downside volatility that’s not unexpected going into the Christmas period. The PBOC increased the Yuan fix well above the 7.01 handle and offshore trading has followed in kind, while Bitcoin has jumped higher from the weekend gap – now up Via Alliance Bernstein: The Politics of “Tariffs” & The Fed The Trump administration used the hammer of tariffs to negotiate a bi-lateral trade agreement with China, but in doing so also influenced a change in domestic monetary policy.  The tariff-led negotiations were part of Trump’s team trade strategy, but were the tariffs also a tool to

By Chris Becker  Wall Street continued the Santa rally with the fourth straight record high week with confidence surrounding the US/China trade deal builds. European stocks also rose as the BOE kept rates on hold in its first post election meeting, while oil prices finally fell back after a stellar run. Looking at the action

Asian markets had a mixed end to the trading week with no real advances across the region despite the usual record highs on Wall Street. The Shanghai Composite was falling going into the close, barely above the long held 3000 point resistance level, while the Hang Seng Index is putting in a scratch session to

By Chris Becker  As traders around the globe slowdown for the Christmas break, Wall Street was the only major market to put on meaningful gains, with the absence of news translated into good news. The latest BOE meeting was a hold as the bank needed to evaluate the fallout from the election, while US initial

Asian markets were able to absorb a triple whammy today, with the latest BOJ meeting, the usual numberwang that is Australian unemployment, and the impeachment saga in the US. Meanwhile the PBOC made their biggest cash injection into the market since January and pushed the Yuan fix back above the major 7 handle. The Shanghai 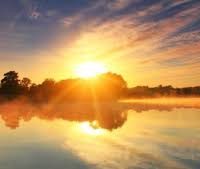 By Chris Becker  Wall Street stumbled at the end of the session as all eyes were on the growing impeachment saga instead of the fundamentally divergent bubble that is occuring across risk markets. European markets also kept tripping up as the Santa Claus rally loses steam going into the final trading weeks of the year.

Asian markets are putting in scratch sessions across the board as jubilation about the US/China trade deal turns into hesitation instead. The USD is not moving against the majors, with Yen buying accelerating and putting a damper on risk assets. The Shanghai Composite has been unable to advance significantly past the long held 3000 point

By Chris Becker  Wall Street edged to a nominal new record high overnight but only just as the USD rose against most of the majors, Pound Sterling in particular falling as the hard Brexit firms. Economic data from the US was positive, although US Treasury yields lifted slightly, while Bitcoin cratered to a new monthly

Asian markets are aligning again with overseas risk taking with optimism surrounding the US/China trade deal building as the USD strengthens again vs the undollar assets.  The Yuan fix remains below the 7 handle again, while Bitcoin continues to selloff, ready to tackle the November lows. The Shanghai Composite was floating along and then shot

By Chris Becker  It’s all about record highs on stock markets in the wake of the US/China “phase one” trade deal with Wall Street bounding to a new high, dragging risk assets along for the ride. Oil prices continue to melt higher while even the FTSE is leaping forward now that Brexit is certain. Today

A mixed start to the trading week here in Asia with only the ASX200 putting on outsized gains, namely due to a weaker Aussie dollar and a solid trifecta of economic prints from China. The Yuan fix was brought back below the 7 handle by the PBOC today, while Bitcoin gapped down signficantly over the Via FTAlphaville: Boris has won. The election is over. And this country will return to being normal again under a Conservative party with a manifesto thinner than the first chapter of À la recherche du temps perdu. But one thing is for certain: Brexit will get done. Although in what form remains to be seen, given So says Bloomie: In 2011 and 2012, it was Europe’s credit crisis. Three years later, a currency devaluation in China twice sent the S&P 500 into corrections. Last Christmas, the bull market came within points of dying as the Federal Reserve raised interest rates. Notice a pattern? Some pundits do, one in which every three

By Chris Becker  It was all about the US/China “phase one” trade deal on Friday night markets with a surprising reversal after the usual all-in sentiment moved to one of caution, with scratch results on Wall Street the result. European markets absorbed the UK election results with some volatility as Pound Sterling calmed down after

Everything is awesome as the Tories look set to wipe out any chance of the UK remaining both in the EU and in, well union as risk takers take the cue that the US/China trade deal is done as well, sending the USD down against almost everything but gold. Stock markets have responded to the

A very mixed session across the region today as risk taking diverges as a result of a more accommodative Federal Reserve overnight which sent USD lower against all the major currencies, which affected the ASX200 the most. Concerns that Trump may do something to distract from his impeachment woes The Shanghai Composite dropped 0.3% to

By Chris Becker  Last night saw the release of the latest US CPI print which nudged slightly higher, sending stocks higher as well but following that the FOMC decided to keep rates on hold which put stock futures into a little tizzy. Expect some mild drops on the open here in Asia, with the resulting

Japanese stocks tread water today as other markets leaped ahead on the news that the Twit-in-Chief may delay the upcoming December 15 tariffs, although currency markets were relatively stable as were gold and Bitcoin. The Shanghai Composite closed nearly 0.3% higher to 2924, building above the 2900 point level it broke on Friday, while the 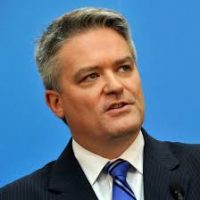 An income-dependent Boomer mate recently asked me what I thought of Listed Investment Companies and Listed Investment Trusts (LIC and LITs). He’s being pushed to invest in them by a financial planner because his term deposit income has fallen. I didn’t know enough about it be useful so set about investigating for him. What I

By Chris Becker  Yet another night of second guessing again on overseas markets with stocks putting in scratch sessions while the USD oscillated against many undollar assets with Bitcoin falling, gold rising alongside Euro and Aussie dollar sinking to a new weekly low. Looking at the action on Asian markets yesterday where the Shanghai Composite

Traders across the region are twiddling their thumbs as stock markets hold steady following a lacklustre night on the other side of the world for risk taking. The local NAB Business Confidence print flatlined with the most recent Chinese CPI edging higher but these catalysts weren’t enough to get things moving. The Shanghai Composite is 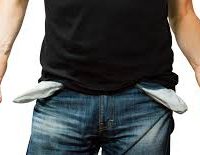 The word is spreading, via Bloomie: Australia is expected to post the worst profit growth in Asia next year as a weak domestic economy stokes consumer caution and the banking sector deals with a litany of scandals. …Banks, which make up a large portion of Australia’s benchmark, are also bringing down earnings expectations for the

By Chris Becker  Markets were kept guessing again overnight on the direction or implementation of the December 15 China tariffs with a clawback of Friday nights exuberance on both sides of the Atlantic. Currency markets were quiet alongside bonds with Wall Street slipping on the lack of any good news, although Pound Sterling rallied as

Stocks across the region had a less than mild response to the stonking NFP print on Friday night, with gains only half that of their northern hemisphere brothers. This was due to the latest Chinese export figures which disappointed, and strong Yen and Aussie dollar to the USD. The Shanghai Composite only 2 points higher,