Australian interest rates are set by the Reserve Bank of Australia, an independent body established in 1959. It is guided by an inflation targeting regime that seeks price stability in the 2-3% consumer price index band. The RBA originally also governed prudential policy but following several large scandals and bankruptcies in the late 1990s that role was separated into a discrete entity titled the Australian Prudential Regulation Authority.

The RBA is widely well-regarded despite a recent history of buried corruption allegations and a board of business rent seekers that, in more ethical nations, would not have their hands anywhere near monetary policy levers.

In 1990, Australian interest rates were set at 17.5%. But during the Great Moderation, interest rates consistently fell alongside inflation and oscillated in a band between 1.5% and 7.5%.

Owing to an endowment of resources that proved very attractive to China during the Global Financial Crisis, Australian interest rates did not fall to the lows experienced in other developed markets. Indeed, Australia was the first developed market to raise interest after the crisis though it has subsequently had to lower them again as the commodity boom subsided.

During the 2000s, Australian interest rates began to be influenced by external economic pressures much more than previously. This process was driven by the huge offshore borrowing of Australia’s big four banks in wholesale markets. As their offshore liabilities ballooned, the banks were increasingly exposed to the vicissitudes of far flung markets and investors. This reached a head in the global financial crisis of 2008 when banks faced much higher demands from offshore investors for better risk-adjusted returns, forcing them to break with the Australian cash rate in setting local interest rates.

Ever since, Australian bank have regularly adjusted lending and deposit interest rates unilaterally and independently around the cash rate set by the RBA. These interest rates moves were a constant source of political friction as politicians sought to protect the Australian property bubble.

In 2015, Australian interest rate policy was forced to return to a defacto shared responsibility arrangement between the RBA and APRA. With the lowest interest rates in fifty years, the Australian property bubble inflated to new dimensions even as a global yield trade drove up the value of the Australian dollar, threatening economic growth. Eventually the solution found was to apply macroprudential policy to some mortgage lending so that interest rates could be lowered to take pressure off the currency.

MacroBusiness was the most accurate forecaster on Australia interest rates in the market from 2011 forward. It predicted both the turn in rates downwards in 2011 and has had the most dovish outlook ever since. It also lead the debate around, and implementation of, macroprudential tools in 2014. MacroBusiness covers all apposite data and wider analysis of these issues daily. 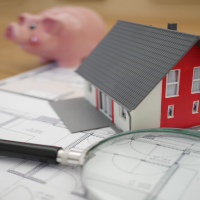 Via the AFR: So should Reserve Bank boss Philip Lowe be getting ready to stage an intervention to thwart an imminent surge in house prices. …Dr Lowe will have had a close look at the Reserve Bank’s own confidential research that argues that house values could jump 30 per cent over three years if near-zero 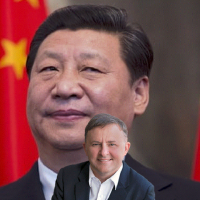 Via Gottiboff: First, Australia needs to recognise that it is not all China’s fault. In past years we have behaved badly and contributed to the current situation. At the same time China is now a different country and is ruled by a strongarmed dictator plus the Communist Party. Not surprisingly “The Art of War” offers By David Llewellyn-Smith in Australian interest rates, US Economy

Via Cornerstone: Long-term Treasury yields have risen sharply since the beginning of the year, as we know. The ten-year rate is up 22 bps; the vast majority of the increase happened starting on January 5th. •The move is also outsized by historical standards: Ten-year yields have moved on net more than that on any othe Morgan Stanley thinks so: 1. Limited scarring due to a sharper but shorter cycle Private sector risk appetite is largely intact, and public sector support is robust: A key difference in this cycle is that it resulted from an exogenous shock. This distinction matters because of how it has shaped both policy and private sector

Nice little summation from our Bill. Via Bill Evans at Westpac: The Reserve Bank Board’s minutes for its December meeting emphasised that the Board is committed to substantial policy support for a considerable period. The Minutes note that “Substantial policy support would therefore be required for a considerable period”. Despite recent encouraging economic developments around the distribution of vaccines in both

Via George Tharenou at UBS: RBA still expected to extend QE, but what if they taper? The materially better-than-expected Australian domestic data flow (amid ~zero local COVID-19 cases) has raised speculation that the RBA will not extend its $100bn QE program beyond the scheduled end in Apr-2021, and may even also remove its 3-year YCC

Via Banking Day: Australia’s Treasury Note tender saw a negative yield for the first time ever, thanks to demand from overseas investors looking for short-term instrument to park cash. At the AOFM’s weekly tender on Thursday, the lowest accepted yield on the March 2021 T-Note was -0.01 per cent, compared with 0.01 per cent at

Via the AFR: Over the last year, Dr Lowe has provided views on the impact on wages from higher superannuation, regulation requirements around responsible lending laws and buy now, pay later providers, and the need for state governments to contribute more of the fiscal heavy lifting during the COVID-19 recession. But Mr Jones thinks Dr Lowe has gone too far. That god for this article at the AFR: Australia’s banking watchdog is expected to step in and cool the rebounding housing market in 2021, after New Zealand’s central bank telegraphed stricter loan rules are needed to arrest the country’s rising house prices. The Reserve Bank of New Zealand took a step towards curbing rapidly rising Via Zero Hedge: As Nomura quant Masanari Takada writes when commenting on yesterday’s spike in 10Y yield which rose as high as 0.96%, “CTAs have resumed preemptive exits from long positions in UST futures.” Noting that at the same time as momentum-chasing CTAs have been gradually adding to their exposure in DJIA and Russell 2000

Phil Lowe yesterday in Parliament: Speaking at a parliamentary economics committee meeting in Canberra, Dr Lowe said the aim of the bank in lowering borrowing cost was to “free up cashflow” for households to spend. “It would be inappropriate for us to target asset prices,” Dr Lowe said. “That’s not our job and shouldn’t be Today’s statement: At its meeting today, the Board decided to maintain the current policy settings, including the targets of 10 basis points for the cash rate and the yield on 3-year Australian Government bonds, as well as the parameters of the Term Funding Facility and the government bond purchase program. Globally, the news has been mixed Via The Shadow: The coronavirus is now well contained in Australia, Victoria has lifted many of if its restrictions, and most state borders have opened. Unless there is another outbreak that prompts strong action, Australia should be able to reap the economic benefits of this normalisation. The inflation rate (0.7% year-on-year based on the latest Via FTAlphaville: Sad news from Argentina today. Diego Maradona, one of the most gifted footballers to ever play the game, has died. While his dribbling prowess was world renowned, fewer people know that his skills were used to construct one of the most memorable monetary policy analogies of all time. Back in 2005, then Bank

Via RBA deputy Guy Debelle: Monetary Policy in 2020 I spoke at the ABE annual event 2 years ago in December 2018. In that speech, I talked about the lessons and questions from the global financial crisis that had occurred 10 years earlier. Today, the global economy has experienced another crisis, but one which has taken a very

Professor Wazza McKibbin at the AFR today: Former Reserve Bank board member Warwick McKibbin says the central bank’s $100 billion quantitative easing program will not stimulate the economy, but will help stave off a financial crisis if the global outlook takes a turn for the worst. The Australian National University professor said the central bank’s Via the ABS: The Consumer Price Index (CPI) measures price change for goods and services purchased by Australian households in the eight capital cities. It is a measure of inflation that informs monetary and fiscal policy. It is also used widely by economists and the general community to assess the health of the Australian economy. Minutes just now: International Economic Developments In their discussion of international economic developments since the previous meeting, members noted that the global economy was in the early stages of recovery following the largest contraction in decades. GDP outcomes in major economies in the September quarter had generally been somewhat better than expected after very large Via Nikko: For the past six months, the RBA has been subdued at using unconventional policy compared to offshore. After six months of sitting on the sidelines, the RBA has finally eased rates. Chris Rands, Portfolio Manager, Fixed Income at Nikko Asset Management has penned a piece exploring the RBA’s delay to move and ease Via Ross Gittins today: But I’ve heard from a lot of retired central bankers who disapprove of the Reserve’s scraping of the barrel. And last week Dr Mike Keating, a former top econocrat, also questioned the wisdom of keeping on keeping on. Some other people have seen the Reserve’s decision to, in Lowe’s words, “do Thanks to Ian Verrender at the ABC: Donald Trump has been right all along. The system really has been rigged. For as the US electoral pantomime played out last week, beamed into a billion lounge rooms across the globe, the real power play moved on in earnest behind closed doors. While votes were tallied in Via UBS: AUD & NZD: Upside risks to front-end NZD rates; RBA QE + CLF = lower AU 10y The RBNZ hasn’t been providing a forecast path for the OCR for the quarters after March-21; but we expect this to change at the 11 November MPS (see here for our preview). If the RBNZ refrains 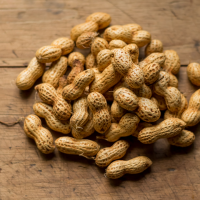 It’s not quite wall-to-wall RBA drivel but it’s close. The AFR is a monetary swamp, as usual. First up is a waffling Richard Holden: The Reserve Bank of Australia did exactly as it signalled and markets expected by cutting the cash rate to 0.1 per cent and expanding its bond-buying program on Tuesday. Now that

From Captain Phil at the RBA: Good afternoon. The Reserve Bank Board met this morning. It decided on a package of further measures to support the Australian economy as it recovers from COVID-19. Given the significance of this package, I wanted to explain in person what we are doing and why we are doing it and