The “miracle” Australian economy (with its famous run of 24 years without a recession) is an amalgam of pre-modern and post-modern industries with very little in between.

Most economies run at least partially upon the productivity gains produced out of manufacturing and ‘making things’ but in Australia productive investment is supplanted with commodity exports (which make up half of exports) and the recycling of the resultant income is deployed as cash flow for borrowings offshore to pump house prices.

The former step is basically the selling of dirt, a pre-modern activity. The second step is managed via the sophisticated use of derivative markets and is essentially a post-modern activity.

Not that GDP cares given it is only the mindless measure of whirring widgets.

However, both of these activities systematically reduce economic competitiveness by inflating both input costs and the currency. “Dutch disease” by another name. This continuous “hollowing out” of productive activity means the broader economy relies heavily upon the non-stop import of capital, either in the form of debt or in the form of assets sold to foreigners, to generate ongoing income growth.

So long as the underlying income from dirt keeps flowing then the leveraging into house prices that supports consumption can continue, supported by both tax distortions and government spending.

If, however, the dirt income flow halts the hollowing out of modern industry will leave the Australian economy very exposed to a current account adjustment. We saw this in the global financial crisis but the flow of dirt income was restored sufficiently quickly to prevent any deep adjustment.

A second risk is that the debt accumulation simply becomes overly onerous for the underlying economy to service, also resulting in a current account adjustment. Well north of $1trillion of the debt is owned externally and household debt is a world-beating 186% of GDP so this is a real risk.

It is offset by a relatively clean public balance sheet that deploys fiscal stimulus in times of economic stress. However, in recent years, as both of the two above risks have increased, the public balance sheet has deteriorated as well, setting Australia up for a famous adjustment to end its famous bull run. By Leith van Onselen The Australian Bureau of Statistics (ABS) yesterday released visitor arrivals and departures data for the month of June, which registered another significant fall in net long-term and permanent migration into Australia. In the year to June 2014, there were 753,620 permanent and long-term arrivals into Australia – down from the record By Leith van Onselen June was a bad month for Australia’s tourism industry, with the release yesterday of the overseas short-term arrivals and departures figures showing a solid fall in the number of inbound tourists and an increase in out-bound tourists. The number of short-term visitor arrivals decreased by a seasonally adjusted 3.0% in June, From Reuters today, Australia is to ease the visa restrictions on wealthy folks (Chinese) that wish to buy Australian citizenship in the hope of raising $6 billion per annum: …”High net-worth individuals in China are very private in relation to their wealth,” Rita Chowdhury, a member of the Law Council of Australia’s migration law committee By Leith van Onselen Following Fairfax Media’s explosive revelations about widespread fraud and rorting of Australia’s skilled migration program, Immigration Minister, Scott Morrison, has demanded that his department provide him with an urgent report. From The SMH: Mr Morrison said on Thursday he was as serious about stopping visa fraud as he was about stopping

By Leith van Onselen As summarised earlier by Houses & Holes, the Australian Bureau of Statistics (ABS) today released labour force data for the month of July, which registered a sharp increase in the headline unemployment rate to 6.4% from an upwardly revised 6.0% in June – the highest unemployment rate for 12 years. The From Moody’s today: The demographic dividend that drove economic growth in the past will turn into a demographic tax that will ultimately slow this growth for most countries worldwide. By 2020, the number of ‘super-aged’ societies will increase to 13 globally from three today. The UN defines populations with more than 20% elderly as ‘super-aged’.

By Leith van Onselen Australian Competition and Consumer Commission (ACCC) head, Rod Sims, has today called on Australia’s governments to unlock productivity in our road networks and implement “congestion charges” during peak traffic periods. From The SMH: The prices paid by road users do not reflect the economic cost of using roads, nor is there The third in the AIG’s PMI series is out today and construction has made it two months in row of expansion: The national construction industry continued to grow in July, with the Australian Industry Group/Housing Industry Association Australian Performance of Construction Index (Australian PCI®) increasing by 0.8 points to 52.6 points (seasonally adjusted). This was 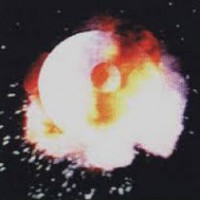 By Leith van Onselen It appears that Sith Lord George Brandis did not have the force on his side in attempting to explain the Government’s plan to require telecommunications companies to store detailed information about the calls and internet use of its customers for two years. In an interview on Sky News yesterday evening (extract above),

By Leith van Onselen The AFR has today revealed widespread fraud and rorting of Australia’s skilled migration program. According to confidential Department of Immigration files: …A 2010 report states that “evidence uncovered to date indicates that fraud within the general skilled migration program is extensive with estimates at around 90 per cent . . . [or] more than 40,000 suspect From the Property Council‘s bi-annual office report: The Sydney and Melbourne office markets continue to perform strongly despite national office market vacancy rates rising over the past six months, according to the Property Council of Australia’s latestOffice Market Report. The report shows the Australian CBD vacancy rate increased from 10.4 per cent in January 2014 to By Leith van Onselen The Abbott Government’s plan to require telecommunications companies to store detailed information about the calls and internet use of its customers for two years has been slammed by the commentariat. The Guardian’s Geordie Guy has written a cracking piece telling George Brandis to get a warrant if he wants our metadata:

By Leith van Onselen The New Zealand economy passed a symbolic milestone today, with the unemployment rate declining to 5.6% in the June quarter and in the process falling below Australia’s unemployment rate for the first time since March 2009 (see next chart). As noted last month, the diverging fortunes are also reflected in the By Leith van Onselen The Pascometer has posted an interesting article on the unsung hero of Australia’s export economy – services – which have registered strong growth over the past year, despite the strong Australian Dollar: Australia is actually doing an extraordinary export job beyond iron ore, and if only the exchange rate was weaker,

By Leith van Onselen Roy Morgan Research (RMR) last night released its unemployment estimate for the month of July, which registered a fall in the unemployment rate to 10.2% from 10.6% in June (see next chart). Under-employment has fallen to 8.7%, with a total estimated 2.344 million Australians (18.9% of the workforce) were either unemployed

By Leith van Onselen The Australian Bureau of Statistics (ABS) has released trade data for the month of June, with Australia recording a seasonally-adjusted trade deficit of $1,683 million. The result beat analyst’s expectations, who had expected a trade deficit of only $2 billion. It was the third monthly trade deficit in a row and 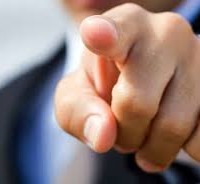 By Houses and Holes in Australian Economy, Featured Article

There is really is no stopping the politico-housing complex. Former assistant governor at the Reserve Bank of Australia and noted curmudgeon, Stephen Grenville, has a red hot go at S&P today: Just in case you’re getting lulled into complacency, S&P concludes with some warnings and a line-in-the-sand threat: We could lower the ratings if external By Leith van Onselen Adam Carr has posted a rather wishful piece at Business Spectator today claiming that the unwinding of the biggest mining investment boom in the nation’s history is not significant and that the nascent acceleration in housing construction will lead to an Australian “jobs boom”. Let’s examine Carr’s claims. The consensus regards The Dun and Bradstreet business expectations survey puts in a mixed performance this month: Recall that this survey is poorly named. Expectations lag actual performance by a quarter or two, not the other way around. As well, it radically under-represents mining. That said, sales hopes are reaching for the sky: Employment the same:     Capex 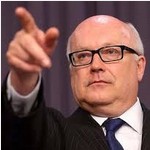 By Leith van Onselen Attorney General, George Brandis, has continued his hard line against internet piracy, refusing to accept the High Court’s iiNet decision in 2012, which found that internet service providers could not be found liable for authorising an act by a subscriber that infringes copyright. From The Australian: “Obviously ISPs don’t want to By Leith van Onselen While today’s retail sales result beat analyst’s expectations, they are still likely to detract from the country’s June quarter GDP. As reported earlier, monthly sales values registered 0.6% growth in June on a seasonally-adjusted basis, which was above analyst’s expectations of 0.3% growth. However, in quarterly real chain volume terms, retail