Investment markets are late in the economic cycle,  the issue being that you never know when the end will come. However, there are some signs that it is not here yet for US equities at least – and there is the potential that US equities will hold the rest of the world out of the abyss for a little while longer.

The main factor that gives me comfort with the US market is the strong earnings growth that continues to define the US market. In general, when forecasts earnings are rising strongly markets don’t have 20%+ corrections: 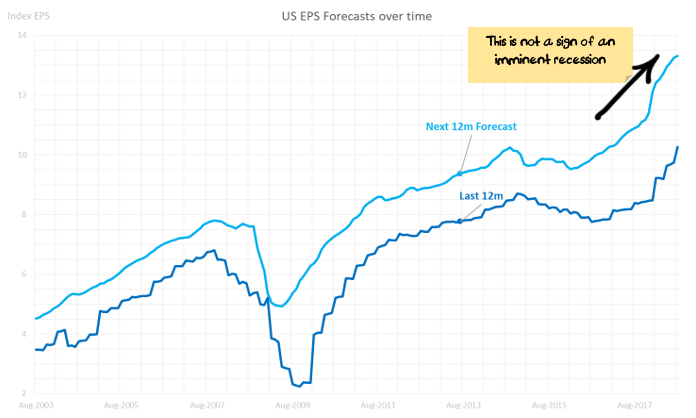 There are occasional exceptions, the Asian / Russian Rouble / Long Term Capital Management crisis being one of them where the US market fell  20% in a few weeks despite an uptrend in earnings. However, it is worth noting a few things that characterised this crisis: 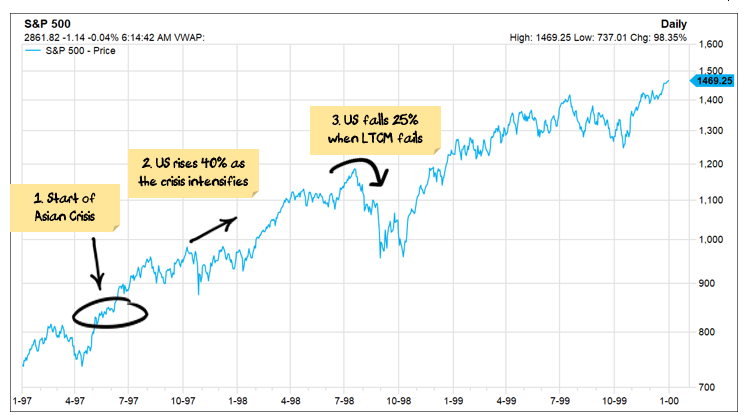 You do get smaller ~10% corrections in the middle of earnings booms, although again they are more likely to be reactions to shorter-term issues rather than the start of significant bear markets.

The more common outcome is that earnings peak either before or at the market peak:

So, what I am suggesting is that the end of this economic cycle is unlikely to begin until earnings growth slows down and we start seeing earnings downgrades rather than upgrades. And so far that is not likely.

With considerable earnings growth yet to come over the next six months from tax cuts and increased buybacks, we expect earnings to continue to grind higher for the next two quarters:

Australia is a completely different story – I’ll deal with that in a different post: 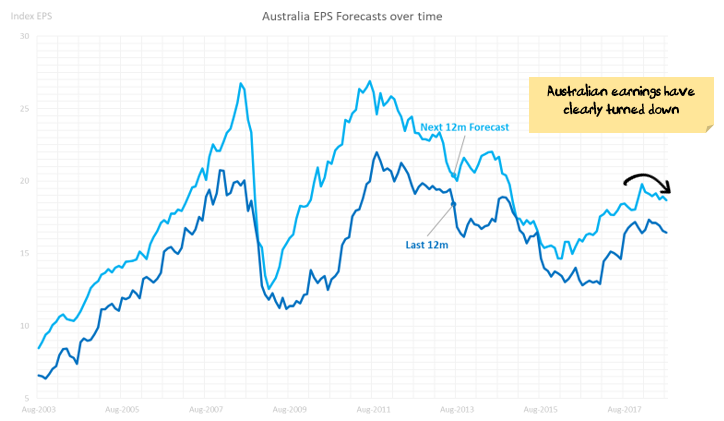 From Bloomie: The U.S. House of Representatives

Via the NYT: Michael R. Bloomberg