It is about time someone was honest about Australia’s superannuation system. This multi-trillion dollar financial monstrosity funnels money upwards to the wealthy via tax gifts while failing on its promise to reduce the ‘burden’ of the age pension.

The easiest way to unwind superannuation is to allow funds to be accessed by any account holder at any age up to a maximum value of, say, $20,000 per year, tax-free. Half of superannuation account holders would get all their money back in the first year as the median account is just $17,000. Over time this procedure would incrementally give back funds at a rate that is proportionally higher for lower-income households, improving fairness and equity — something the system itself was poorly lacking.

A rough guide to the cash refunds each year is shown in the chart below. In the first year, nearly $600 billion is returned to account-holders, trailing down to about $60 billion in the tenth year, and removing $1.7 trillion from the system over a decade. 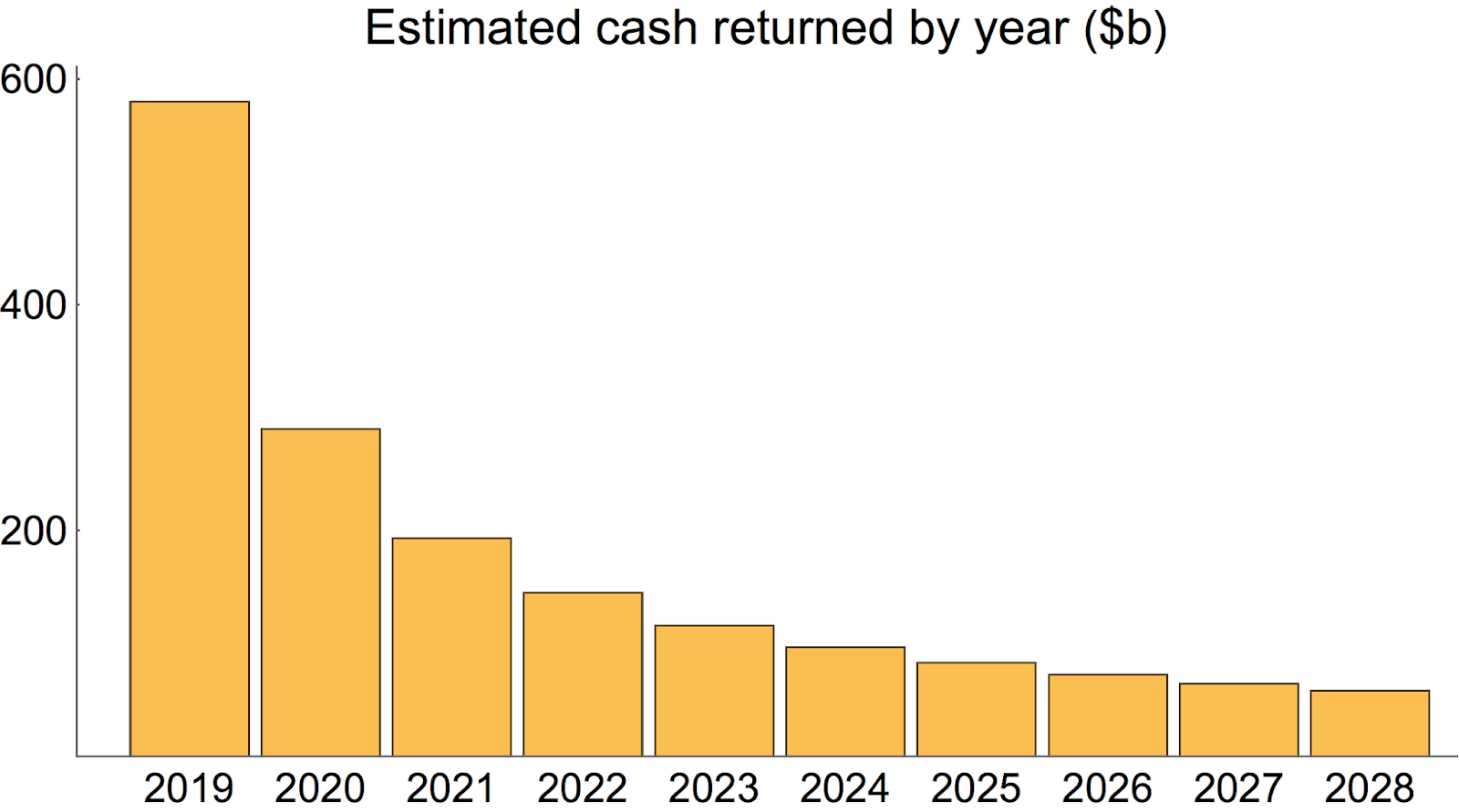 Over time, the 29 million superannuation accounts that currently hold $2.2 trillion in assets would be emptied out, allowing people to actually spend the money they have earned the way they want in the real economy (as opposed to the financial markets). The economic stimulus provided by this transition period would be epic, and the resulting boom will create exactly the type of capital investment that the superannuation system itself was intended to create. Unfortunately, misguided economics meant the superannuation system did the opposite — reducing spending in the real economy in favour of institutionalised mass financial speculation.

An added benefit is that asset prices, including property, may fall as a result of billions of dollars no longer being forced into financial markets each year.

To keep quiet the financial bullshit machine that sold us the superannuation system we can instead issue ‘pension options’ to taxpayers to ensure we ‘pre-save’, just like in the economic myths they recite. Issuing these new financial instruments would replicate the current financial nonsense going on, but in the public sphere, and for almost no real cost.

When you pay your tax each year part of the money goes to buying a financial asset from the government in the form of a newly created ‘pension option’. Like other financial options, this is a valuable asset that you can hold to save for retirement. In retirement, to get the public age-pension, you must exercise the ‘pension option’ you previously bought with your tax money.

If you are concerned that this asset is also a liability to everyone else, then welcome to superannuation, where we have taken liabilities “off-budget” and into the financial markets at large.

Doing things this way, we get all the financial bullshit that should keep the pre-saving true-believers happy, but it won’t cost us nearly $30 billion per year in tax breaks for the rich, and another $30 billion in fees for financial speculators to “manage” our money.

By Chris Becker  Stock markets seem to be

The main takeaway in Asia is more stimulus