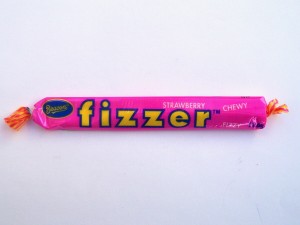 Yesterday I noted that the Chinese government is considering bringing forward investment projects in the hope of offsetting the negative effect of slowing fixed asset investments.  We have heard this kind of thing before.  Essentially, that was partly what the stimulus after the Lehman bust was about, albeit on a much grander scale.

I will not be surprised to see some big fiscal packages if the economy deteriorates further.  I will leave the analysis of the impact of that later, although I am currently leaning towards the opinion that perhaps the consensus has been too optimistic about the effectiveness on stimulating growth, not to mention the very high possibility that the stimulus will be geared towards fixed asset investment anyway (you can’t force people into eating more can you?), which will not be helpful at all as far as adjusting economic structure is concerned.

But don’t take my word for it. Nomura’s metal and mining team, which recently called the commodities super-cycle over, is back with another piece of research which is unenthusiastic on the prospects of the benefits of any forthcoming stimulus.

Growth at what cost? We believe much of the current weakness in China’s property market is the direct impact of previous stimulus packages…..

The default view is China will ultimately be able to stimulate their way out of any potential downturn in growth, which by definition must see continued growth in construction activity and steel production. Perversely, the weaker the data, the bigger the expected stimulus package would be. While we agree with the view that stimulus can stop a complete collapse, we remain much more concerned than peers that the “success” of previous stimulus packages will cannibalise the ability of new stimulus packages to create year-over-year growth in construction activity and steel production.

The impact of the social housing program that was a source of construction growth in 2011 is a great reminder of the potential difficulties that come with a growth model based on perpetually increasing construction. Construction activity related to social housing is now part of the “base” level of demand; to generate year-over-year growth will require more “social” houses to be built in 2012 than in 2011. At a minimum China must now build the same number of social houses in 2012 just to stop a year-on-year fall in construction activity – in this way we view social housing as a demand head wind, rather than a demand tail wind.

While more stimulus is possible – will it be effective in 2012?

Stimulus has been a benefit to China’s economy for 2009-2011 in the form of higher GDP growth. The potential second order consequence of FAI growing at 25-30%pa (2-3x GDP) is the significant spike in projects under construction in 2009-2011 becomes a spike in completed projects in 2012-13. If construction activity has significantly outpaced demand (we think it has using sales as a proxy) then the excess is likely to become inventory. The prospect of renewed stimulus is the obvious caveat; but it’s not clear to us that more stimulus will help given our view that a key cause of the underlying weakness is a problem of excess inventories caused by too much construction.

…A collapse in China’s real estate market is not needed for a fall in China’s industrial commodity demand The prospect of rising unsold property inventories is much more concerning for companies exposed to the capex cycle (eg, steel and mining) than it is for Chinese property developers. With a sound balance sheet a property developer can work through rising inventories; but their ability/desire to start new/complete existing construction projects if their unsold inventories are rising must come into question. In our view, for China’s steel demand to fall in 2012 a collapse in property construction is not needed, a scenario where property developers build slightly less than last year will suffice.

…With China macro data now so bad and likely to get worse in our view, the risk of a fiscal policy response from Beijing has increased substantially and cannot be ignored. While we believe Beijing is capable of providing sufficient stimulus to prevent a collapse in metal demand, we don’t think stimulus will be sufficient to create a material uplift in demand growth in y-y terms (something discussed in significant detail in our 19 April 2012 ANCHOR REPORT: China will continue to use a lot of metal, just not as much as the market expects).But we believe our view on the effectiveness of new stimulus remains at odds with the consensus that likely has higher expectations of eventual success.

…We believe announcements of fiscal stimulus (if any) may be met with unrealistic expectations about the ability of this stimulus to create incremental demand growth for industrial metals. We would advise readers to use this as an opportunity to sell down existing positions in steel / mining equities, or to engage in new short positions from higher levels as we expect the actual impact of stimulus. Inventory de-stocking remains the key risk for commodities markets and commodity equities, particularly in iron ore, copper and thermal coal. Reports that Chinese companies have requested deferral of iron ore and thermal coal contracts add further cause for concern about the potential for an inventory destocking cycle from China, potentially similar to the iron ore destock we saw in October 2011. This news is compounded by recent evidence that the copper financing trade that was a source of strength in the copper price in recent months is now unwinding with reports than physical copper is now being sent from China back to LME warehouses.

More on the report is available at Alphaville.