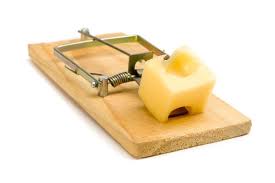 Downwards earnings revisions are widely being predicted, which of course makes the market subject to the double whammy of investment fear due to the travails of Western developed markets, and the growing evidence that many of the non-resources stocks, plus a few of the resources companies, are coming under pressure. Merrill Lynch reckons growth forecasts for next finanical year have now dropped to below 10%, down from 19% last May. That is a pretty sharp fall, suggesting that, amongst other things, the deleveraging of indebted Australian households is having a deep impact. Merrill also notes that resources stocks are yet to be re-rated for the impact of lower commodity prices.

The conclusion is that the market is probaly priced about right, depsite being cheap on a historical comparison. That comparison rests on the assumption that there will eb some earnings growth, and the assumption is looking weaker:

Market is fair value with more reasonable earnings
We ultimately expect FY2012 earnings to contract implying downgrades from here of 10-15%. Such a large downgrade would affect valuations. A 15% cut to market earnings would take the forward PE for the market from 10.6x to 12.2x, which is around our estimate of fair value. Domestic stocks could be half way through downgrades

Given the potential for downgrades, many stocks that appear cheap will turn out to be value traps. The domestic cyclical universe (including consumer, retail, transport, developers and banks) is trading at a 22% discount to historical average valuations. However earnings revisions since May have been around 20%. If conditions remain weak through next year, then it is feasible that we could easily have downgrades of another 20% from here.

Yes, that ominous phrase “value trap” is now being bandied about:

Only a few stocks cheap after likely downgrades

We conducted an exercise to see what could happen to individual stock valuations if downgrades continue at the same pace. We calculated the downgrade to each stock since May this year, and looked at where valuations would be if that downgrade was repeated. We calculated adjusted PEs based on these downgrades. When we did this, the number of very cheap stocks was significantly reduced. The stocks trading at more than a 20% discount to usual PEs based on these adjusted PEs are HVN, APN, FXJ, SWM, TOL, WOW, SEK, SGP and AIO.

Before you all get too excited, let me underline