Here’s the ABS media release  and summary data relating to the release:

Western Australia continued to record the fastest population growth rate at 2.1%, while both Tasmania and the Northern Territory recorded the slowest growth rate (0.8%). 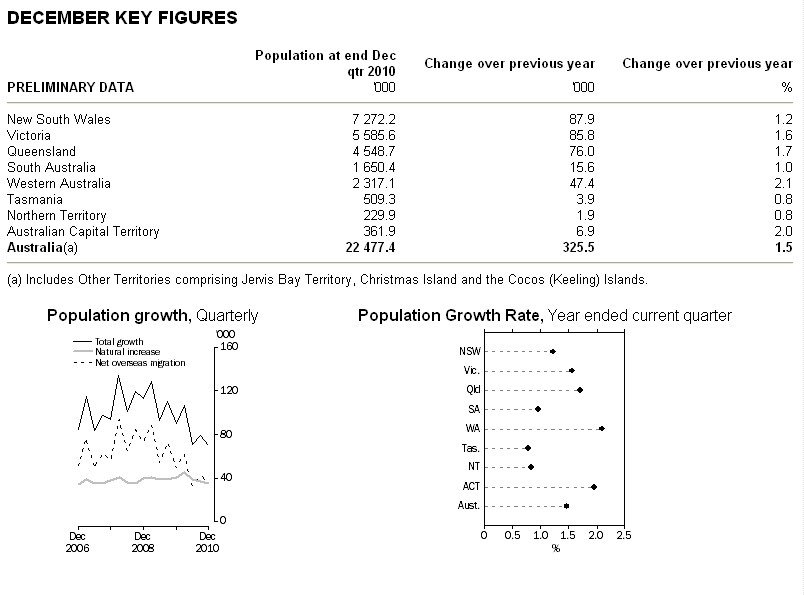 Two things I will observe from my one week