Matthias Coramnn’s job application to run the OECD is not going well. I’ve noted many reasons why it is so inappropriate: Mathias is the Morrison Government’s most radical supply-sider. He actually believes in trickle-down economics, which leaves the room short of oxygen given Cormann is obviously intelligent. Mathias has a record of deep climate skepticism Via Sinocism: Raising more questions about the origins of SARS-CoV-2 New theories call for global COVID origin-tracing efforts – Global Times In response to a question about the WHO experts traveling to China soon for work related to COVID-19 origins, Zhao Lijian, a spokesperson of the Chinese Foreign Ministry said on Tuesday that since COVID-19

Creso Pharma Limited (ASX:CPH; FRA: 1X8) has had a promising week following positive regulatory changes by both the United Nations Commission on Narcotic Drugs and the Court Like me, Inside Story’s Tim Colebatch is an overall fan of the Andrews Government’s Victorian State Budget, which provides massive stimulus at exactly the right time: The main game of the Andrews government’s 2020–21 budget is to deliver stimulus, and it does so in spades. It plans to spend almost $110 billion this year providing By David Llewellyn-Smith in Gold, US Economy

From a recent speech by Janet Yellen, incoming US Treasury Secretary: Extreme economic events have often challenged existing views of how the economy works and exposed shortcomings in the collective knowledge of economists. To give two well-known examples, both the Great Depression and the stagflation of the 1970s motivated new ways of thinking about economic 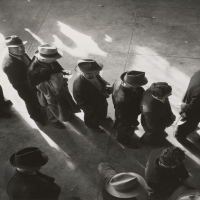 To date, the Morrison Government has refused to permanently lift Australia’s JobSeeker unemployment subsidy from its poverty level of $40 a day because it claims that doing so would act as a disincentive for people to look for work. This view has been informed by spurious claims from employers that businesses are having a difficult I noted yesterday how calls were growing louder to allow first home buyers (FHBs) to use their superannuation savings to purchase property. This has arisen following the release last week of Treasury’s Retirement Income Review, which found that home owners enjoy superior retirement outcomes than non-home owners. The proposal has moved one step closer to The Treasury’s 600-page Retirement Income Review took direct aim at pensioners’ houses, questioning why housing was excluded from the assets test to qualify for the aged pension: The Pension Loans Scheme is an effective option for accessing equity in the home for both age pensioners and self-funded retirees. The current exemption of the principal residence

The small cap to watch on the Health Tech front

The technology sector has flourished since the emergence of COVID-19 in March 2020. In particular, the growth of this sector is underscored by increased interest in the Health-Tech industry Gareth Aird, head of Australian economics at CBA, has released an excellent new report showing how rising wages has offset the reduction in emergency income support after JobKeeper and JobSeeker were cut at the end of September: Key Points: Growth in household income has not stepped down since the JobKeeper and JobSeeker payments were tapered

A slew of economic releases with mixed results kept risk sentiment at bay overnight with industrial stocks on Wall Street falling back while European bourses tread water. The USD lost ground against the majors, with the Kiwi boosted to a two year high while gold stabilised, oil prices continued to spike and Bitcoin breached the Iron ore prices for November: Spot up. Paper too. We seem to be close to equilibrium here but don’t quote me on it. Empties firmed a little: Is the Pilbara killer more filler? At Caixin: We’ll know soon enough. No change from me. Firm pricing through Q1,21 then down. Several of the recent demands made by China for the end of Australian democracy landed directly upon the media, from which it required silence: Your ABC has been delivering in spades. Chinese agent of influence and Yancoal lobbyist, Geoff Raby, is now rampant at the national broadcaster. There is barely a piece that does not DXY is at breaking point: The Australian dollar is at break out point: Gold held, oil surged: Metals are unstoppable: Miners did stop: EM stocks are lofty: Junk was firm: Treasuries bid despite oil: Stocks rotated back to tech: It’s more of the same. The European virus is falling fast but so is economic activity, Following the Retirement Income Review’s scathing assessment of Australia’s compulsory superannuation system, the architect of the system, Paul Keating, too to ABC’s 7.30 Report to rubbish the Review’s findings with a bunch of lies and obfuscation: LEIGH SALES: Let me ask you address the point that we heard the Reserve Bank Governor make and it The federal government yesterday released the 2019 Financial Report for Higher Education Providers, which revealed that Australia’s universities earned over $10 billion in fees from international students in 2019 – a record 27% of their revenue: The report also debunks the claim that the federal government has continually cut funding to universities: That is, despite

Der, at Bloomie: More than $500 million worth of Australian coal is on ships anchored off Chinese ports, as a diplomatic spat between the two countries cuts into trade, idles a portion of the world’s dry bulk carriers and threatens to spiral into a humanitarian crisis. More than 50 vessels have been waiting a month Global Macro / Markets / Investing: Elon Musk has added $100.3 Billion to his Net Worth and Overtaken Bill Gates to Become World’s Second-Richest Person – Tech Elevation While the Stock Market Is Facing a Bubble, Warren Buffett Opts for the Best Possible Value in His Eyes – Medium New Era Requires New Approach to

Stock markets are largely higher across Asia but there is some buying exhaustion setting in as the positive spin on the US election and vaccine news begins to wane despite the record high on the Dow Jones overnight. The USD continues to firm up against most of the majors with Bitcoin trying to pip above According to the ABS’ Provisional Mortality Statistics, winter deaths fell below average due to COVID-19 social distancing restrictions: 92,015 doctor certified deaths occurred before 25 August. Deaths rose in the second half of winter but remain below average. Respiratory disease deaths have been lower than historical minimums since June… There were 7,941 deaths from respiratory diseases between 1 In June 2019, Sydney’s 132-apartment Mascot Tower was evacuated after large cracks were discovered. Fresh cracks appeared in February, prompting authorities to close shops and set up an exclusion zone around the building. Then in April it was revealed that apartment owners are face a repair bill of $53 million, or $405,300 per apartment. Thus, The South Australian Government has announced an overhaul of its hotel quarantine system after systemic failures led to an outbreak numbering 29 cases: South Australia has announced urgent plans to overhaul its medi-hotel system, amid a coronavirus cluster that emerged from Peppers Waymouth Hotel in Adelaide. Those changes include moving all people who test positive 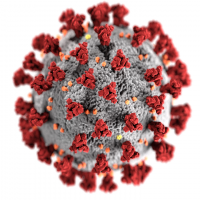 Via Credit Suisse: Consistent with our message in recent months, we expect barely positive global industrial production (IP) growth between October and February. This is a sharp deceleration following the extraordinary summertime bounce from the spring’s shutdowns. We forecast global IP momentum (3m/3m annualized growth) to bottom in January or February at a level in 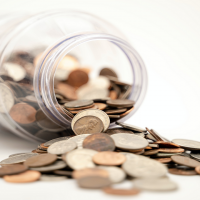 Professor Nicholas Gruen from Lateral Economics has called for Australia’s superannuation system to be overhauled, labelling it a union “gravy train”: “Unfortunately unions have turned the system into a gravy train for the retirement of their own officials onto boards,” Professor Gruen said. “But if they could see the larger game, they’d end up with 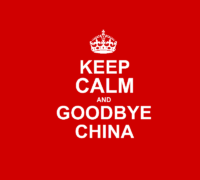 Last week the Morrison Government signed the giant secret trade deal called the Regional Comprehensive Economic Partnership (RCEP). The RCEP is led by China and will also comprise members of the Association of Southeast Asian Nations plus Japan, South Korea, New Zealand and Australia. Now China has indicated that it is interested in joining the

By Unconventional Economist in Australian banks The ABS has released data on the value of construction work done for the September quarter of 2020, which registered another 2.6% seasonally-adjusted decline in total construction activity over the quarter – the ninth consecutive quarterly decline – and a 4.2% decrease over the year: However, the result disappointed analysts’ expectations of a 2.0% decline

At the New York Times today Fu Ying, a former ambassador and vice foreign minister of China, and the director of the Center for International Security and Strategy and an adjunct professor at Tsinghua University. She is a vice chairwoman of the Foreign Affairs Committee of the 13th National People’s Congress. BEIJING — The domestic 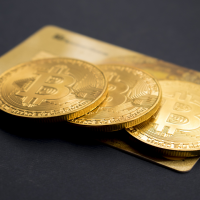 By David Llewellyn-Smith in Gold

This one has really baked my noodle recently: Especially as BTC, “digital gold”,  goes nuts: This became especially weird in the last few days as Janet Yellen was nominated for Treasury Secretary, indicating a rising risk of integration between the Treasury and Fed, a clear gold positive. Yellen says she is not persuaded by MMT I am always septical of the Squid. But I also have to admit that it has been more right this year than I have acting as the conductor of the suspension of capitalism and inflation in all assets. So let’s take another look at what it sees ahead. It’s the Roaring ’20s Redux! Those charts