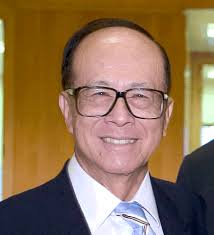 From Sovereign Man: Here’s a guy you want to bet on– Li Ka-Shing. Li is reportedly the richest person in Asia with a net worth well in excess of $30 billion, much of which he made being a shrewd property investor. Li Ka-Shing was investing in mainland China back in the early 90s, way back

Cross-posted from Tom Conley at the Big P Political Economy Asia’s rise has been Australia’s economic gain. The rise of Japan, followed by South Korea and Taiwan, Singapore, Malaysia, Thailand and other non-communist countries of Southeast Asia had provided significant export markets for Australian commodities, though not a sustained structural increase in their value. Then Last night the US saw some mediocre data but it was overshadowed by Janet Yellen and the return of uber-dovishess. It’s no wonder stocks, and high-beta in particular, roared back above 1%. On the data front, it was a night of hits and misses. There was a firm Fed beige book and industrial production sprang

Chris Weston, Chief Market Strategist at IG Markets Asia has shown less caution to Ukraine concerns than Europe, with big volatility seen in DAX futures. The market is still keen to watch developments here, with operations underway to regain Ukrainian facilities, with various sources suggesting that Russian Special Forces have been aiding the separatists. The David Bassanese has a questionable analysis of house prices this afternoon: As should be clear, house price cycles have differed across states. Relative to average weekly earnings per worker in each state, the peak in Sydney house prices came in 2003, followed by peaks in Hobart, Brisbane and Perth just before the financial crisis in From Bloomie: Japan’s second-biggest bond fund is looking to buy the Australian dollar on dips, predicting a slowdown in China won’t derail the global recovery…Kokusai Asset Management Co. had 1 percent of its Global Sovereign Open Fund invested in Aussie-denominated assets on April 10, down from 4.5 percent at the end of September, data on

By Leith van Onselen Alan Kohler has published a good post today at Business Spectator warning that increasing credit availability, brought about partly from the resurgence in securitisation, is combining with Australia’s constipated land use/planning system to raise house prices, to the detriment of younger Australians: We are seeing two quite different markets being mixed By Houses and Holes in Australian business media, Featured Article

Earlier this week I noted that a great coal whinge had begun in the mainstream media and now it is clear why. From Crikey: When the brains behind the Minerals Council launched an advertising campaign to defeat Labor’s mining tax, they nailed it. The tax was gutted, and the PM who dared propose it — Ever since Chinese authorities committed to higher growth earlier this year, they’ve largely backtracked and fudged by emphasising quality over quantity, as well as the importance of the labour market over headline growth. Premier Li Keqiang has said China can tolerate lower growth as long as employment figures are solid. Today the Chinese National Bureau of Statistics did By Houses and Holes in Australian Politics, Featured Article

Excerpted from Crikey’s Bernard Keane: For three years Barry O’Farrell has been an excellent premier of a state that desperately needed both good government and an end to the blatant corruption that became a feature of New South Wales Labor’s last years in power. Like any politician, he was not above compromise and deal-making — By Leith van Onselen  The Australian’s Janet Albrechtsen has written a cracking article today attacking the Abbott Government for refusing to free-up competition in the pharmacy industry, which she argues is one of the nation’s biggest entitlement racket: So here we are again. A Coalition government is back in Canberra, with the same union-busting, free-market

Fortescue’s March production report is out is clearly the worst of the big three: Completion of US$9.2 billion expansion of port, rail and mining operations to achieve production capacity of 155mtpa. • The 40mtpa Kings Valley project was opened in March 2014 following commissioning of the ore processing facility (OPF) which was constructed in record By Houses and Holes in China Economy, Featured Article

China has released its combined Q1 GDP and March data today and, again, it’s weakened. GDP fell sharply to 1.4% for the quarter and  7.4% for the year versus 7.3% expected: For March data, industrial production fell  to  8.8% versus 9% expected: Fixed asset investment was bashed lower to  17.6% versus 18% expected: Finally, chalk

By Leith van Onselen The ABS has just released dwelling completions data for the December quarter, which registered a 2.0% seasonally-adjusted fall in the total number of dwellings completed over the quarter, with the 3.3% rise in detached house construction more than offset by a 9.9% slump in unit & apartment construction (see next chart). Cross-posted from Investing in Chinese Stocks: The string of bad housing news out of Zhejiang province keeps on going. This is a paper napkin story: the situation is so bad that an executive can calculate disaster by adding up all the area under construction and dividing it by the population. Selected portions of this Google

By Leith van Onselen NAB has released its Australian Residential Property Survey for the March quarter of 2014, which revealed a small rise in sentiment nationally amongst property professionals, with house price expectations also strengthening is all states except Victoria. Concerns about rising interest rates are starting to rise, whereas employment security continues to be

Aside from the anti-Midas touch of Mark Rowsthorn, this is worth noting because McAleese’s difficulties appear to go to demand as much as ineptitude: The McAleese Group, owner of Cootes Transport, has issued its second profit warning in two months, saying trading in the March quarter has been more difficult than expected due to safety From Westpac: The six month annualised deviation from trend growth rate of the Westpac Melbourne Institute Leading Index which indicates the likely pace of economic growth three to nine months into the future rose from –0.15% in February to –0.09% in March. Read on… 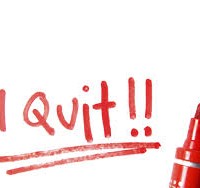 NSW Premier Barry O’Farrell has resigned after a handwritten note  in which the premier thanked the head of a company linked to Eddie Obeid for a $3000 bottle of wine was tendered to the Obeid ICAC inquiry. The wine was sent during negotiations for a $1 billion government contract with Australian Water Holdings. O’Farrell had 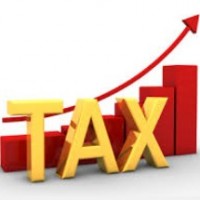 By Leith van Onselen The Australian has published a neat article today citing Parliamentary Budget Office (PBO) analysis warning of big rises in personal income taxes unless the Government embarks on widespread tax reform: PERSONAL income tax is the only prospective source of revenue growth for the federal government, with all other major taxes either By Houses and Holes in Australian Shares, Iron ore price By Leith van Onselen The AFR is reporting today that Health Minister, Peter Dutton, is planning major changes to Medicare in order to reign-in costs, including introducing a co-payment on GP and emergency hospital services, as well as introducing “private sector efficiencies” into the public hospital system and greater private health insurance involvement in chronically Last night’s market action saw a decent bounce in stocks with the S&P up 12 points. However, the more important action was in bond markets which, despite the rise in stocks, remained strongly bid and again threatened to break yields down to new lows. Data for the night was modestly positive. The NAHB Builder

By Leith van Onselen The Coalition’s vow to “end the age of entitlement” has taken a serious hit, with Prime Minister Abbott seemingly ruling-out making changes to Aged Pension arrangements until after the next federal election. From The Australian: “If there is one lesson to be learned from the political quagmire that the former government