I’m going to wonder off the reservation a little today and talk about the Fed, its balance sheet and risk assets.   Janet Yellen is Vice Chair to Ben Bernanke at the Fed. She is one of the Fed Governors. I always thought she was pretty switched on but last night she gave a speech S&P/ASX200 Index – XJO The S&P/ASX200 is down over 1 percent or 50 points to 4920 (update: 1pm EST) after weak overnight action. The V-shaped rebound is slowing down, as exuberance gives way to reality. Winners AMP: still overbought, but bids keep coming. ANZ: uptrend is not slowing down! Consensus rules – banks are back.

The NAB March Business Survey is out. It looks like a break in the clouds. NAB itself assessed conditions this way: Business conditions recovering while sentiment remains above trend. Inflation remains low, but purchase costs rising. The Australian economy appears to be showing signs of recovery following the flood-induced slowdown, with the NAB business survey

A report by Gerard Minack at Morgan Stanley today wrestles with one of this blogger’s favourite topics, the problem that the cost of capital is taking a holiday in developed economies. This is distorting pricing and making the job of getting decent returns unusually difficult. As one chief executive commented at a presentation recently, we By Chris Becker in Commodities

Another great guest post from The Bullion Baron. The current Silver rally is exhilarating. Even as I write this the chart I’ve used below is basically out of date with Silver having soared higher to almost US$42 during Asian trade today, only around $8 below it’s all time nominal high of $50 set in January

The IMF released it’s quarterly growth update overnight and it’s worth a read. The full report is available below. The introduction argues: The world economic recovery continues, more or less as predicted. Indeed, our growth forecasts are nearly unchanged since the January 2011 WEO Update and can be summarized in three numbers: We expect the world economy to grow at

David Uren has been on fire recently, publishing top notch articles in the Australian on conficts of interest within the RBA and Dutch Disease hitting the budget.  Today he followed up with a cracking piece on how RBA and government incentives have hurt the Australian housing market. Below is an extract of the best parts, By __ADAM__ in MacroBusiness

I consider myself, possibly mistakenly, well versed in Northern Asia compared to the average Australian. I have many friends from across the region, travel there on a regular basis and have even spent many years attempting to verse myself in a local dialect, the Korean language. With limited success I must admit. By doing so Once again Leigh Harkness joins us for a guest post, this time on what he considers the best approach to take in regards to exchange rates for the long term prosperity for the nation. As usual Leigh’s ideas are thought provoking. Since Leigh has been guest posting at MacroBusiness he has been contacted by some

By Deep T. in Australian Property

House prices down! Property market correcting! FHBs Revolt! It’s all happening folks and to many the inevitable asset price correction will gather full speed from here. But be warned and not deluded, the vest powers in every quarter will fight tooth and nail to try and prevent it happening. I had planned to write this

With the Australian dollar seemingly headed for even greater heights, at least in the short term, and consumers still in the doldrums as interest rates remain tight to contain the big flows of foreign capital into mining, analysts  are waking up to a deepening of the two speed economy, which may become entrenched in the Australian economy, creating a Well here we are again. Not that it wasn’t obvious, I have previously talked about why, and also about the Greek mess, this is no different. Europe’s wealthy countries looked to Portugal to resolve the year-old euro debt crisis by coming up with “sustainable” deficit cuts to pave the way to an 80 billion-euro ($116 billion)

It’s time for another trip down memory lane. It’s September 2007 and home prices in London have just started to fall, but are still holding up nationally (see below chart). UK households are growing increasingly nervous. After embarking on an almighty borrowing binge over the 2000s, as evident by household debt to disposable incomes rising

A recent article in Smartcompany commented on signs that the banks are starting to lend for business as the residential, negative gearing property rort shows signs of slowing. Not likely. What this does not factor in is the relationship between business credit and the heavy dependence on lending against property. According to the Australian Prudential Regulation

A big week for the Australian dollar ended with it for the first time in the modern era above 1.05. The actual New York close of 1.0564 is more than 2.5 cents above the low for the week registered on Tuesday. Up until the employment figures on  Thursday, the Aussie’s strength reflected a weak USD,

Below find the executive summary of a new report into China’s housing bubble from The Economist Intelligence Unit. It has some terrific stats and is well worth your time, even though its analysis and conclusion add up to the intensely suspicious conclusion that ‘this time it’s different’. One particular claim I’ll take umbrage with is 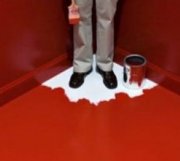 Real estate agent watching is becoming a bit of a sport in Queensland. As the market turns the level of desperation is slowly rising. I get quite a few e-mails from readers informing me of their local agents antics. It may surprise you just how much your local agent knows about macroeconomics, microeconomics, forex markets,

On Monday, at an Extraordinary General Meeting, Western Australian Newspaper (WAN) shareholders will likely approve the purchase of Seven Media Group (SMG) for $4.1 billion. The Seven Group forms part of SVM, which consists of the Seven Group and Westrac (a heavy machinery servicing group).  Aside from the free-to-air (FTA) channels 7, 7two and 7mate,

Yesterday’s strong employment numbers from the ABS stoked an interesting debate in the comments about what degree of underemployment Australia suffers. To help the debate along I’ve drawn up the following table from the ABS Underemployed Workers report. It is annual only and from Spetember 2010 It clearly shows two things. First, that labour markets in

During the week, Woolworths announced that its CEO, Michael Luscombe, was stepping down in favour of some fresh blood in Grant O’Brien. The local media, desperate to get into a flurry over something other than Kevin Rudd telling the country what it already knew, began flailing wildly for an angle, settling on one of two

By Houses and Holes in Commodities

There’s something wrong with this rally. To be honest, beyond some vague notion of Japanese reconstruction demand, I can’t find any real cause for it. With China clearly not done with tightening, QE2 about to cease, the ECB hiking rates, global growth past its prime and oil punching through $1.10 on Gaddafi’s scorched earth policy, A few commentators to my Picking Losers blog earlier in the week quite rightly pointed out the potential for gas-fired CCGT plant to be a sensible baseload replacement for brown coal-fired power. I have looked at the numbers, and agree. Taking the cost of new gas CCGT at around $1million per MW, replacing 6GW of

The 2008-09 Australian Taxation Office (ATO) Taxation Statistics were released yesterday (available here), and the data on property investment was very interesting. First, the number of property investors reporting to the ATO fell by 34,000 or 2% from the previous year (see below chart). Second, after rising steadily since 1999-00, the overall value of net

Analysts’ resources and attention mostly goes on the top 50 stocks, because they are liquid, institutions like them because they can defend their decisions, and brokers can sell their research more easily. It leads to an unhealthy relationship between the fund managers overseeing super funds and the big cartels. Cosy, comfortable, often compromised. For investors

Washington Consensus and Dutch Disease – yesterday saw an interesting convergence of these two ideas which are vitally important to the debate, or lack thereof about the structure of the Australian economy and the changes being wrought by mining and the high Australian dollar. Briefly, the Washington Consensus was the set of “rules” which replaced

Right now, the economy is far weaker than media and bank economist blather is letting on, or understands. For that matter it’s far more weak than global markets are assuming. The reason is simple and goes back to a piece I wrote ten weeks ago: So, let’s take a closer look at where we are