The Herald Sun says it’s a crisis. The Age sees 40,000 jobs at risk. The AFR warns of a permanent decline: Toyota’s future as a manufacturer in Australia depends on the company hanging onto its crucial Middle East export markets and a return to international competitiveness, possibly through a lower Australian dollar. Toyota Australia chief executive By Chris Becker in Miscellaneous

Just as I write this post, news came in that a Greek debt deal (for unsecured private bondholders) was rejected by EZ finance ministers. Risk markets were mixed last night, with the US dollar falling, gold rising alongside a resurgence in commodities, whilst Euro bourses put on gains, the US market is flat as a

Investors are rushing into gold stocks as the precious metal continues to hit new highs. The gold price is now above AU$2,000/oz, for the first time ever, and it seems to have plenty more in the tank with forecasters tipping a rise to US$3,000/oz within a year.

In the lead up to the World Economic Forum in Davos, Switzerland the Managing Director of the International Monetary Fund, Christine Lagarde, gave a speech in Berlin yesterday in which she discussed “the economic challenges in 2012, and a possible policy path for global cooperation to restore confidence and growth” A video version of this speech is The local corporate earnings season officially starts today, with GUD and Oil Search kicking off the ASX200 companies. This will turn into an avalanche of reports as February rolls on. A reminder to foreign MacroBusiness readers that Australia Day will be celebrated on Thursday locally as a public holiday. The focus on local data will

In March 2011, HSBC’s chief economist, Paul Bloxham, made the following claims in relation to Australia’s housing bubble: Without some reversal of these structural changes [lower interest rates, better-anchored inflation expectations, and increased availability of housing credit] – which is a virtual impossibility – we do not expect Australian housing prices to fall. Indeed, we

By __ADAM__ in Miscellaneous

There have been some signs of stabilisation in bank funding costs in the past few days. Big bank CDS prices have fallen materially to 142bps and the CBA’s spreads have tightened on CBA’s recent monster local issue of covered bonds. Yet, yesterday I mentioned that Moody’s had whacked the Bank of Queensland with a downgrade

By Rumplestatskin in Australian Economy

ABARES’s recently released report into Foreign Investment in Australian Agriculture caused quite a political and media stir.  There is a good reason for this.  The report adds a hatful of data and analysis to an important macroeconomic debate. There wasn’t a lot of new news in the report, given that the ABS began its survey of The S&P/ASX 200 Index slipped again today, starting the week slowly and on very low volume, with mainly positive leads from other Asian markets. The bourse finished down 14 points or 0.3% at 4225 points: As I explained this morning, the market needs to clear the 4300 area (the upper breakout of the symmetrical triangle As we all know, the euro has been under pressure again lately, as well it might, given moribund politicians and problems with Club Med (PIIGS as we call them now). But for me, one of the main themes this year may divergence between markets and economics. That is is possible is no surpsie for those of us 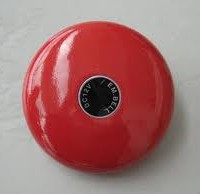 By __ADAM__ in Miscellaneous Another weekend…. and we are still waiting for an outcome on Greece. The chief negotiators from Institute of International Finance (IIF) have left the country yet we still haven’t heard anything that sounds remotely like a deal. FT reports that the brinkmanship hasn’t ended but there doesn’t appear to be too much wiggle room left: Private owners

CPI is out Wednesday and several of the major banks have put out previews today. It is no surpise that all are calling for a weak reading. It’s what I expecrt as well. CBA uses a novel approach of gauging the relativities of spending patterns within their own credit card data to predict a 0.45

Courtesy of Sinocism: Retraction | ChinaHush– why does chinahush wait until saturday afternoon of the start of the chinese new year’s holiday to publish this?//On July 1st ChinaHush published an internet article written by author by the pen-name Wayne Bruce, stating that Mr. Jamie Shorter was deported from China in May for Internet stalking.Mr Shorter Craig James had the boffins at Commsec create an analog daily chart of the All Ords, comparing the February-March 2009 bear market bottom to the current December 2011 (incorrectly shown as 2010) to January 2012 daily period. The implication is that the current period is analagous to the Feb-Mar 2009 bottom, which then preceded to

In theory it’s the job of media to hold other institutional powers to account. The truth is much more complicated because the media must choose a standard against which to make the judgments that constitute that account. Sure, some of those values are self-selecting: democracy, law and order, social standards etc. But even here you

Australian Data TD Inflation Index The TD Inflation index posted its biggest monthly gain since March 2011, rising by 0.5% in December after it fell by 0.1% the previous month however the three-month annualised rate is still rather weak at 1.5% while the annual rate edged up from 2.1% to 2.4%. The trimmed mean also rose in  December by a

The 8th Annual Demographia International Housing Affordability Survey has just been released and, once again, it ranks Australia as having one of the most expensive housing markets out of the countries surveyed. This year’s report assesses 325 markets in seven countries: Australia, Canada, Hong Kong, Ireland, New Zealand, the United Kingdom, and the United States.

Following is a guest post from regular commenter Nathan Webb: You could be easily forgiven for not noticing that RPData’s house price series is subject to revision. The revisions are usually difficult to find and seldom referred to in R.P.Data commentary. Nonetheless, they are there and run the numbers to see what they can tell us

By Rumplestatskin in US Economy

The US economy has shown some signs of stabilisation over the past few months.  For example, retail spending appears to be revisiting a growth path.  According to some commentators, the US economic green shoots appear robust and healthy, while I remain cautious about projecting anything more than muddling though, with a drawn-out grinding improvement in The non-reaction of the markets to the ratings agencies downgrades of European debt underlines a persistent characteristic of the markets that is all too often forgotten. Especially by economic commentators. If it were simply a matter of extending the arithmetic of current economic performance into the future, then economic predictions would usually be right. On By MacroBusiness in Carbon Economy

A guest post from reader and commenter “Pellicle” on the Electric Car. MacroBusiness welcomes interesting submissions on economic and related topics, subject to edit and less than 1500 words. Please use the “Contact” item on the menu above for your submissions. Lately it seems that with increasing frequency the idea of Electric cars comes up By MacroBusiness in Australian Economy

Guest blogger Steven Spadijer, of Australian National University, completes his series on Direct Democracy. Part One is available here, and Part Two here. In this final post, we will be looking at how Direct Democracy protects federalism and how it might minimise the costs of a federal system. In the broader policy debate of “should

The S&P/ASX 200 Index jumped on the open again today, but was slowly sold off before the 2pm turn when a flurry of bids were made, probably on positive leads from other Asian markets. The bourse finished up 24 points or 0.6% to finish at 4239 points: The market still needs to clear the 4300 Although the headlines are quiet at the moment there is still quite a bit occurring behind the scenes in Europe. Obviously everyone is still waiting for a resolution of the Greek situation and that story is changing by the hour. The latest is that there is some sort of deal, but it won’t be available

The January China Flash PMI is out and is virtually unchanged from at 48.8 versus 48.7 in December. To my mind the components are more encouraging with new export orders and backlogs of work reversing their declines and new orders markedly easing the pace of decline, suggesting that some rebound in demand lies ahead: Still,

December quarter export prices are out and fared better than I thought they would. Down just 1.5%. This is a bit surprising because iron ore and coal make 50% of exports and both fell significantly. First an iron ore price chart: That’s a big fall, confirmed this week by Fortescue Metals, whose average spot price