In a downbeat day of data here is some good news. China’s non-manufacturing PMI (which is not services) registered a solid gain in March of 1.1 points to 55.6: Source: Bloomberg New orders also rose slightly. Although well off cycle highs, we are at least bouncing long at the lows. Also, the HSBC services PMI 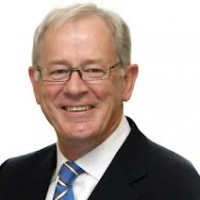 From BS comes more  surplus obsession from the opposition: Claims the Labor federal government saved Australia from the negative effects of the global financial crisis (GFC) are a myth, according to the opposition. Opposition finance spokesman Andrew Robb also disputes the government’s argument that the resulting levels of debt were due to its efforts to counter

GTR looks to expands its US ground as uranium prices surge

As you can see the ASX is selling off today despite the very bullish tone set overnight and Asian markets following through. Materials are leading the falls for no apparent reason (beyond the deteriorating context of Chinese tightening). But rebar futures are trading up: Perhaps it was me publishing the steel PMI? 😉 Banks are

By Leith van Onselen The ABS this morning released engineering construction data for the December quarter of 2012, which revealed flatlining strong growth in the value of work done but also a continued shrinking of the construction pipeline, which corresponds with the upcoming peaking of the mining investment boom. According to the ABS, the total

Wayne Swan has announced that Glenn Stevens will be reappointed for another 3 year term as RBA chief. More to come…

By Leith van Onselen The Australian Bureau of Statistics (ABS) has just released trade data for the month of February, with Australia’s trade deficit decreasing to a seasonally-adjusted $178 million, from $1,215 million in January (revised upwards from $1,057 million). Analysts had expected the deficit to narrow to $1 billion. It was the 14th consecutive The FT is reporting that thermal coal is caught in price standoff between Xstrata and Japanese utilities that is reminiscent of that which broke the iron ore contract system several years ago (non that there is any thought of that in the coal market): The rare stand-off comes amid a relatively well balanced seaborne thermal coal market. A fly has incommodiously landed in the recovery ointment this morning with the release of HIA new home sales, which fell heavily in February down 5.3%: From the HIA: New home sales stumbled in February, following four consecutive months of growth, said the Housing Industry Association, the voice of Australia’s home building industry. The HIA New Home China’s steel PMI for March is out and there’s quite a lot to chew over. First, the headline figure crashed an astonishing 14.3 points to 44.6. Even for a volatile index that’s pretty wild movement: Moreover, the leading components fell even further, new orders fell a gob-smacking 21.9 points. And new export orders almost as 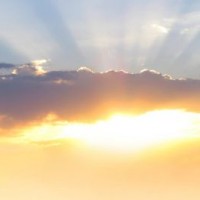 By Deus Forex Machina in Markets

Last night was one of US dollar strength with USDJPY reversing yesterday’s weakness, Euro and GBP unable to sustain their up moves  and gold coming under intense pressure. The reason is hard to fathom given that stocks, especially in Europe were so strong. Perhaps it was news of a little bit of backsliding over the Listen up you dunces to Mitch Hook of the Minerals Council laying down the law at the ABC this morning. Retirement, it seems, cannot come soon enough for our private prime minister! 20130403-hooke The Australian Climate Commission, which is a government funded institute which aims to inform about climate change, has released a new report declaring that: 1. Climate change is already increasing the intensity and frequency of many extreme weather events, adversely affecting Australians. Extreme events occur naturally and weather records are broken from time to time. 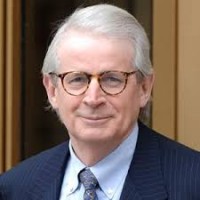 As the S&P500 breaks through to an all time high today, Nouriel Roubini is out with a dire ruminations about the global economy. Much of it is sensible enough: Eurozone tail risks; Chinese imbalances and Japanese desperation. For Roubini the one beacon of hope is the US, where risks remain but on the whole: The Cross-posted from Mark the Ballot. This week we have a new Morgan poll and a new Essential poll. Both polls see movement away from the government. We start our analysis with the localised regression of all the polls (next chart). I would not pay too much attention to the end-point in this chart. In my opinion, LOESS is overly This morning is the official launch of the mining election campaign.  From the AFR: The government is believed to be looking at curbing business tax exemptions as part of its revenue sustainability drive. This prompted the Minerals Council of Australia to fire a fresh salvo on Tuesday with a new advertisement that tells the government Tyler Cowen has an article in the New York Times about the egalitarian tradition of economics.  It is genuinely an effort to promote economic analysis and rationale as THE tool for social analysis, since it is the only value-free objective way to look at society.  My experience in the profession gives me strong reasons not From the RBA late yesterday: Preliminary estimates for March indicate that the index rose by 0.2 per cent (on a monthly average basis) in SDR terms, after rising by 2.6 per cent in February (revised). The largest contributors to the rise in March were increases in the prices of iron ore and coking coal. The

By Leith van Onselen SQM Research yesterday released its Vendor Sentiment index results for the March quarter, which registered a 1.3% increase over the quarter driven by big increases in Sydney and Darwin (see below table). According to SQM Research: …the rises were not even across all the capital cities. Indeed, only two cities recorded

By Leith van Onselen Over the past week, two separate reports have been released warning of an impending bursting of Hong Kong’s property bubble. The first, by ANZ Bank (full report below), argues that Hong Kong housing is significantly overvalued following a 23% increase in prices over the past year, compared with economy-wide growth of By __ADAM__ in European Economy

The Cypriot drama is beginning to wane, but if you read the MoU you’ll understand that this story is far from over: The economic adjustment programme will address short- and medium-term financial, fiscal and structural challenges facing Cyprus. The key programme objectives are: to restore the soundness of the Cypriot banking sector by thoroughly restructuring, resolving

Find below the iron ore price table for April 2, 2013: To the charts. For spot: For swaps: Rebar average: And rebar futures: Rumours are that the market is slow ahead of public holidays in China on Thursday and Friday. My guess is that ore will keep bleeding in the short term as Chinese steel

By _EcoRon_ in Australian Shares

It’s hard to remember a week where traders in all parts of capital markets will need to think tactically, but trade nimbly. Keep your friends close, and your stops closer as they say. Whether one looks in the commodity space, with copper at a seven-month low; or corn’s 12% fall in the last few days 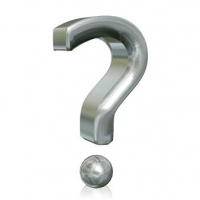 Find below two interest rate arguments that summarise where the economy and monetary policy is at. My own views are at the end. And no, I will not be lowering my trousers. First, the bearish case from Westpac: RBA holds rates steady; but retains easing bias; next move down As expected the Reserve Bank Board By Leith van Onselen Hot on the heels of UK and Korean policies aimed at stimulating mortgage borrowing, news has broken that no deposit mortgages could soon be making a comeback in Australia. From Australian Broker Online: Non-bank lender Homeloans Ltd’s launching of a new product aimed at borrowers without genuine savings as a deposit The RBA decided to hold today and again retained its easing bias: Statement by Glenn Stevens, Governor: Monetary Policy Decision At its meeting today, the Board decided to leave the cash rate unchanged at 3.0 per cent. Global growth is forecast to be a little below average for a time, but the downside risks appear By David Llewellyn-Smith in Australian Property

From Moody’s: Moody’s Investors Service says that Australian prime mortgage arrears worsened in January compared to the previous month. As published in Moody’s just-released Global Structured Finance Collateral Performance Review, Moody’s says arrears in excess of 30 days in the Australian prime residential mortgage market were 1.52% in January, up from 1.44% in December but 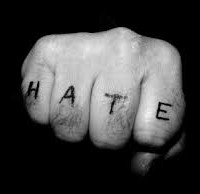 Does the AFR hate the Labor government or its arch enemy, Rupert Murdoch, more? Today, we have the answer: The news today for LNG is good and bad. Fitch released a new report confirming what we already know, that Australian LNG projects are facing stiff headwinds: Fitch Ratings says that the increased costs and risks for Australian upstream liquefied natural gas (LNG) projects together with likely lower gas prices over the medium-term can result in