Cross-posted from The Conversation: One of the biggest transformations we have seen in advanced economies is the increased participation of women in the paid workforce. In recent Australian labour force trends, female participation is growing at nine times the rate of men’s. Women are dominating both full and part-time employment growth in Australia. Why do

By Philip Soos, an independent economist and PhD candidate investigating bank crime and mortgage control fraud. ONE OF THE MOST important economic issues in recent times has been low wage growth. Barely a day goes by without the mass media, politicians, unions, economists, industry associations and workers discussing the topic. Industry and the Coalition are 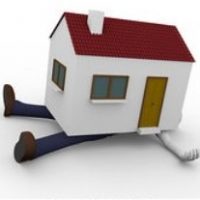 By Gareth Aird, Senior Economist at CBA Key Points: A solid lift in consumer sentiment as well as a pick-up in retail sales, job vacancies and total employee earnings suggests there are some green shoots to the outlook for consumer spending. Falling dwelling prices, however, pose a risk to the outlook but so far Australian By Gerard Minack from Minack Advisors Australian house prices are gently falling. They are likely to fall further as credit conditions tighten. The big unknown, however, is how the fall in house prices will affect consumer saving. Recession is a risk, but not yet the investment base case. Several factors are now tightening credit conditions By Gareth Aird, Senior Economist at CBA: Key Points: Employment growth has been much stronger for females than for males over the past year. Strong growth in the services sector, particularly health, is behind the big lift in female employment. The rise in female employment has been accompanied by a lift in participation. There are 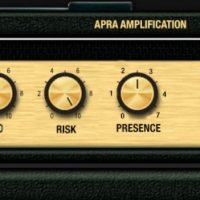 By Guest in Australian banks

By Nathan Lynch, Asia-Pacific bureau chief, financial crime and risk, Thomson Reuters When the HBOS Group collapsed in 2008, UK taxpayers were left to fund a £17 billion bank bail-out. It was a prudential disaster that contributed to the break-up of the FSA. In Australia, meanwhile, the bank’s “appalling lending record” was even worse than By Guest in Australian banks

By Nathan Lynch, Asia-Pacific bureau chief, financial crime and risk, Thomson Reuters THE Commonwealth Bank’s A$700 million settlement with AUSTRAC over 53,750 anti-money laundering and counter-terrorism financing (AML/CTF) breaches has set a new benchmark for enforcement action in Australia. Regulatory officials and lawyers said the statement of agreed facts, although light on detail in some

Cross-posted from The Conversation: Does the Coalition’s tax plan favour high earners over those with lower incomes? Depending whom you listen to, the tax cuts, unveiled in last month’s federal budget, lead to either a flatter, more regressive tax system under which low-income earners will be even worse off relative to high earners, or the Cross-posted from The Glass Pyramid: The debate about how big the population of Australia should be and how quickly we get there would be a lot more civilised if those promoting a Big Australia were more honest about what is required to create a Big Australia and spent less time calling everyone who disagrees with

By Gareth Aird, senior economist at CBA: Key Points: A second estimate of 2018/19 spending plans of around $90bn would imply no change to investment intentions compared to the first estimate. We expect the sixth estimate of 2017/18 spending plans to come in near $118bn. Our forecast is for the actual volume of Q1 capex 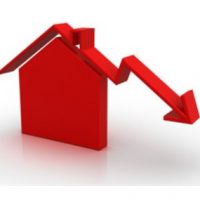 By Gareth Aird, senior economist at CBA: Key Points: Australian residential property prices have fallen over the past six months. Additional declines appear likely over the next 1½ years due to a further tightening in lending standards, a continued lift in supply, potentially higher mortgage rates and more rational price expectations from would-be buyers. A

Cross-posted from The Conversation: In the federal budget, Treasurer Scott Morrison promised tax cuts to all working Australians in the form of an offset and changes to tax income thresholds. But our analysis of Treasury data shows that while the government advertised these as payments to low and middle income Australians, most of the benefits 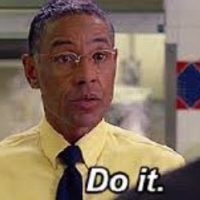 Cross-posted from The Conversation: Treasurer Scott Morrison faces a difficult balancing act in the federal budget. He wants to cut income taxes, deliver new infrastructure spending and still reach a surplus by at least 2019. If he’s serious about maintaining the surplus, here are five ways the Treasurer could boost revenue to make the numbers

From The Conversation: As we move closer to Treasurer Scott Morrison’s third budget, what we do know is this – Australia has a revenue problem. A more global and digital economy; an ageing population with fewer taxpayers and sluggish wage growth make future predictions of revenue even more precarious. There’s never been a better time Cross-posted from The Conversation: Unhealthy diets and poor nutrition are leading contributors to Australia’s burden of disease and burgeoning health-care costs. In 1980, just 10% of Australian adults were obese, today that figure is 28% – among the highest in the world. And yet, as shown on Monday night’s Four Corners’ episode – which was 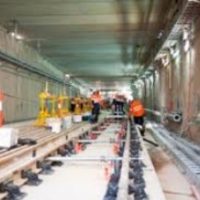 By Catherine Cashmore The proposal to cut the company tax rate from 30% to 25% has received much media attention. We are repeatedly told it is needed to boost investment. The rational follows that companies are more likely to invest in productivity if they don’t have to pay as much tax on their gross income.

By Martin North, cross-posted from the Digital Finance Analytics Blog: In the second part of our series on the anatomy of the property auction results, we dive deeper into the numbers. We compared data from CoreLogic and Domain, two of the players who report auction clearance rates.  We summarised the research in our latest video By Gareth Aird, Senior Economist at CBA: Key Points: Wages growth has yet to lift despite the labour market slowly tightening. The RBA puts the NAIRU (non-accelerating inflation rate of unemployment) at 5.0%. There are good reasons to believe that it may be lower than the RBA’s estimate which means that a material lift in

By Martin North, cross-posted from the Digital Finance Analytics Blog: The latest edition of the Digital Finance Analytics Household Finance Confidence Index shows a further drift lower, remaining below the 100 neutral benchmark. It fell to 94.6 in February, down from 95.1 the previous month. This is in stark contrast to improved levels of business Cross-posted from Independent Australia Australia can choose not to be “big” if it wants; both our material income and our quality of life would benefit, writes Dr Geoff Davies. IT’S GOOD that ABC Four Cornershas provoked a debate on immigration and it’s good that it avoided racist, xenophobic or xenophilic claims, but still so many of the arguments presented are By William Bourke, President of Sustainable Australia: Population is “the everything issue”. It affects all aspects of public policy and our daily lives. It is essential to get population policy right if we are to achieve critical public policy outcomes like secure jobs, affordable housing, better planning and a sustainable environment. That is not to say By Mark O’Connor, author of Overloading Australia: The transcript  of this week’s QandA program (one of the Australian Broadcasting Commission’s TV News programs), contains a bombshell. This came at the very end, when presenter  Tony Jones announced the panelists for next week (which include Bob Carr and Tim Flannery). Jones also announced  that the topic By Guest in Australian Property

By Martin North: Digital Finance Analytics (DFA) has released the February 2018 mortgage stress and default analysis update. We analyse household cash flow based on real incomes, outgoings and mortgage repayments, rather than using an arbitrary 30% of income. Across Australia, more than 924,500 households are estimated to be now in mortgage stress (last month By Martin North, cross-posted from the Digital Finance Analytics Blog: The RBA has quietly revised down the household debt to income ratio stats contained in E2 statistical releases and their chart pack. It has dropped by 6% from 199.7 down to 188.4. So far as I can see, there is no explanation for the change. Via Martin North: Today we discuss which post codes will be most impacted by the interest only mortgage loan reset issue, and update our estimates of the number and value of loans likely to be impacted. This received media coverage in the AFR and the Australian over the weekend. We discussed recently the size of the interest only loan mortgage By Guest in Global Housing

By Wendell Cox, cross-posted from New Geography: Housing affordability is what largely drives the standard of living the United States. The 14th Annual Demographia International Housing Affordability Survey showed that, in 2016, there was a 0.83 correlation between the housing unaffordability, measured by the Median Multiple (median house price divided by median household income) and 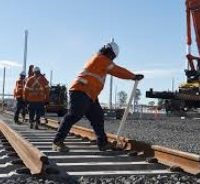 Cross-posted from The Conversation: Australia needs to change the way it assesses potential infrastructure projects, to ensure that governments can better understand which road and rail projects are worth building. One way would be to make long-overdue changes to how we value the impact of infrastructure on future generations. This is done through the choice