By Leith van Onselen The AFR is reporting today that Western Australia’s construction workers are facing a significant correction to wages and conditions as the once-in-a-century mining investment boom unwinds, with a new enterprise bargaining agreement from the CFMEU agreeing to reduce labour costs for employers by up to 20%: Wages and conditions rocketed in 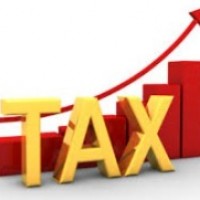 By Leith van Onselen The Guardian’s Greg Jericho has written a well-reasoned article arguing that the Federal Government should seek to raise taxes in order to balance the Budget: Since the pre-election economic and fiscal outlook (Pefo) was issued, the expected level of government spending in the future has grown, while the expected level of

By Leith van Onselen SQM Research released its weekly newsletter last night, which provided more tentative confirmation that the Government is considering reforming Australia’s negative gearing rules: There was an SBS report in recent days suggested the Federal government is “looking at” this tax benefit. Macrobusiness were the first to republish it, and now so

Global Macro / Markets: Bitcoin is a bad currency. Here’s why it could change the world anyway – VOX The short guide to Capital in the 21st Century – VOX North America: Austin or Bust: America’s Biggest Cities Lose People to the Urban B-List – Bloomberg Biggest US banks forced to hold $68bn in extra 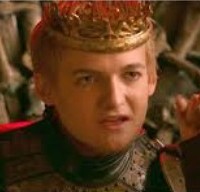 By Leith van Onselen Earlier this year, Foxtel stitched-up a deal for exclusive rights to Game of Thrones and True Detectives. Under this deal, viewers seeking to watch these shows will only be able to do so through Foxtel, with the shows no longer available for purchase via ITunes or other sites until the last Cross-posted from the UK Conversation: In what he described as the most sweeping changes to pensions and savings since 1921, the United Kingdom’s George Osborne radically changed the rules which govern how pensioners get hold of their retirement savings. He may have just lit a fuse underneath an already heated housing market too. His decision By Leith van Onselen The Australian is today reporting that the Abbott Government is considering opening up domestic shipping routes to international competition in a bid to lower freight costs: Some of the three options canvassed in the paper would effectively scrap the cabotage rules that preserve freight routes from one Australian port to another

By Leith van Onselen Westpac has released its latest jobs index, which points to an improving labour market, although unemployment is still expected to increase to 6.5% as employment growth fails to match population growth: There are many business surveys out there and most have questions, in some shape or form, that are applicable to

Cross-posted from The Conversation When long-time Kiwi expat John Clarke was asked why he left New Zealand, he said: “Because it was there.” Clarke at least knew what being “there” meant, in contrast to most of his new compatriots, whose interest in and knowledge of their ANZAC cobbers (or “bros”, as we would say) extends

By Leith van Onselen Back in February, I noted how the Coalition had ear-marked tens-of-billions of taxpayer dollars to local defence manufacturing, including a $10 billion to $15 billion-program for 1,000 locally produced armoured vehicles, as well as locally designed and built submarines for around $40 billion. Then last month, I reported how Defence Minister, David Johnston, was

By Christopher Joye, cross-posted with permission from The AFR: I welcome perma-bear Steve Keen’s commentary on my recent analysis of the asset-class, and his apparent comfort with my conclusions. It is, however, worthwhile clearing-up some misunderstandings as to how I arrived at them. It is doubtless frustrating for folks like Dr Keen, who claimed that

By Leith van Onselen HSBC Australia’s chief economist, Paul Bloxham (“Bloxo”), has produced an interesting note today outlining Australia’s demographic headwinds, and arguing for an expansion of the immigration intake to counter ageing’s impact on the economy: As the ‘baby boomers’ are starting to retire, Australia faces similar demographic challenges to other countries An aging

By Leith van Onselen The mainstream media is awash with glowing reports about the “free trade agreement” FTA with Japan, which was concluded yesterday. According to the Department of Foreign Affairs and Trade, the Japan-Australia Economic Partnership Agreement (JAEPA) will “deliver a significant boost to Australian farmers and other agricultural producers, resource exporters, service providers 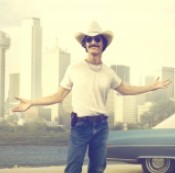 By Catherine Cashmore, a market analyst, journalist, and policy thinker, with extensive industry experience in all aspects relating to property. Follow Catherine on Twitter or via her Blog. I had the good fortune to meet two investors from Dallas Texas last week – visiting in part, to survey the Australian real estate terrain and in 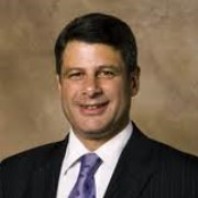 By Leith van Onselen Former Victorian Premier, Steve Bracks, has written an Op Ed in The Age today arguing for greater investment in well-targeted infrastructure, which offers the prospect of seeing Australia past the mining investment cliff, whilst also raising living standards: Infrastructure is the new black in political circles… Done right, a burst of 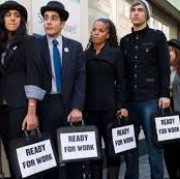 Cross-posted from The Conversation: Fears for the so-called lost generation look more valid by the day. Britain’s chancellor might have the confidence to target full employment, but the problem of getting young people into work is a genuine challenge and one which we cannot afford to leave to market forces alone. The latest numbers out 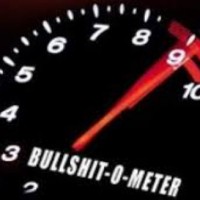 By Leith van Onselen It seems that the Abbott Government is willing to sign so-called “free trade agreements” (FTAs) at any cost, with reports emerging that it will soon announce that a sub-standard deal has been reached with Japan that provides only minimal access to Japanese agricultural markets: TOKYO — The leaders of Japan and

By Leith van Onselen The Australian Bureau of Statistics (ABS) has released visitor arrivals and departures data for the month of February, which registered a rebound in net long-term and permanent migration into Australia. In the year to February 2014, there were 774,710 permanent and long-term arrivals into Australia – down from the record 792,500

By Leith van Onselen Capital Markets’ Roger Bootle has published an interesting article in the UK Telegraph asking whether housing is “the greatest investment delusion known to man”: The worst aspect of all this [escalating house prices] is that although particular individuals become better off as a result, people overall do not. The housing market By Leith van Onselen I noted last month how the Abbott Government had announced a review of 457 visas for ­temporary foreign skilled workers, which looked as if it would reopen a visa loophole that would allow employers to hire an unlimited number of foreign workers under a temporary working visa, potentially opening the system By Leith van Onselen The Australian’s Judith Sloan warned over the weekend that payments to the Aged Pension will surge over coming decades, despite decades of compulsory superannuation: The big one [Budget expense] is the age pension, which will rise from 2.7 per cent of GDP to 3.9 per cent in 2050, based on projections

By Leith van Onselen Auction clearance rates fell again over the weekend, driven down by falls in both Sydney and Melbourne. According to RP Data, the weighted average auction clearance rate dipped to 67.3% from 68.8% the week before, driven by a 2.5% fall in Melbourne (last weekend 65.9%) and a 4.1% decline in Sydney 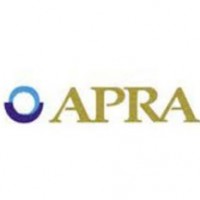 By Martin North, cross-posted from the Digital Finance Analytics Blog One interesting comment in APRA’s submission to the Financial Services Inquiry is found right in the summary. And its a biggy. APRA’s independence, a critical requirement as envisaged by Wallis, has been eroded. “APRA has substantial independence from Government in most respects but, over time, 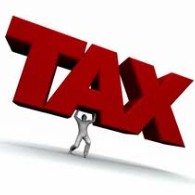 Cross-posted from The Conversation With eight months left on his contract, Treasury Secretary Martin Parkinson decided to jump into the GST debate on Wednesday night. In a speech to the Sydney Institute, Parkinson declared the federal budget could not return to surplus unless the tax mix became biased towards consumption taxes. That’s code for “raise The Business Day Markets Blog has posted analysis from RBS arguing that dwelling construction is about to pick-up sharply: We have been constructive on this sector and its increasing contribution to activity in the year ahead for some time. The most recent partials – lending, approvals – point to increasing momentum. While there are numerous By Leith van Onselen Last week, I argued that Australia should emulate the state of Colorado in the US and legalise the sale of marijuana: …legalising marajuana makes a lot of sense. Sure, while it isn’t exactly be healthy, it has less harmful effects than alcohol. On any given Friday or Saturday night, the nation’s