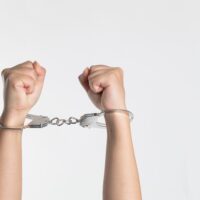 A new opinion poll from Roy Morgan Research reveals that three quarters of Victorians now want draconian Stage 4 restrictions ended: A rapidly increasing majority of Melburnians (75%, up 9% from  two weeks ago ) want the 5km travel limit scrapped now, as do for the first time a majority (60%) of Victorians outside Melbourne 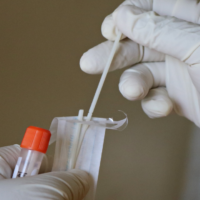 Australia has recorded 20 new COVID-19 infections, comprising 13 in NSW and 7 in Victoria: Most importantly, 4 infections were from an unknown source: These unknown 4 sources were all in Victoria, where contact tracing is sub-standard: Metro Melbourne’s 14-day average infection rate retraced back to 9.6, still nearly double the 5 required to ease Data from Firstmac shows that there was a sharp rise in the proportion of the non-bank lenders’ customers who chose to make additional mortgage repayments in the September quarter. CFO James Austin says this suggests that consumers are being cautious in the current economic environment and opting to reduce their mortgage rather than spend their The ABC has exposed more incompetence with Victoria’s contact tracing system, which failed to control the spread of the Chadstone Butcher’s Club COVID-19 outbreak: On September 21, Daniel Andrews told Victorians: “This is not just a good day. It’s a great day.” Many agreed. The sun was out, and for the second day running, the The Australian Bureau of Statistics (ABS) yesterday released its Overseas Arrivals and Departures data for August, which revealed that immigration has collapsed to its lowest level since mid-2003: In the year to August 2020, net long-term arrivals were 156,960, down 45% from the 283,860 recorded in February before Australia’s border restrictions came into effect due Yesterday, CoreLogic’s daily dwelling values index hit a triple milestone for 2020. First, the 5-city index finally turned negative (-0.01%) for calendar year 2020: Yesterday, Melbourne’s decline from its most recent peak (on 6 April 2020) hit 6.0%, whereas Sydney’s decline from its 5 May peak hit 3.0%: Looking ahead, we expect mortgage demand to The box-office takings of Australian cinemas totalled $1.23 billion in 2019. William Chapman of IBISWorld has forecast that this will be 75% lower in 2020 after the sector was shut down in response to the first wave of coronavirus infections. And while cinemas outside of Victoria are starting to re-open with social-distancing policies, there is Australia Post has been embroiled in more controversy, with Fairfax reporting extreme largesse from its CEO at the same time as it wound back deliveries: Australia Post boss Christine Holgate hired a $3000-a-day “reputation management” firm while the organisation sought to justify winding back mail delivery services and win political influence during the coronavirus pandemic. Telstra executive Nikos Katinakis says its 5G network now covers over 40% of the Australian population, with 75% coverage expected to be achieved by June 2021: “We’re now in more than 2000 sites across the country, and in over 60 cities and towns, and 1400 suburbs that have 50 per cent coverage or more,” Mr The Grattan Institute has given a ‘tick of approval’ to Labor’s $6.2 billion childcare policy, which proposes to increase the maximum Child Care Subsidy from 85% to 90%, slow down the rate at which the subsidy tapers off, and remove the annual cap: It’s economic reform, not welfare As veteran commentator John Durie points out: “When a 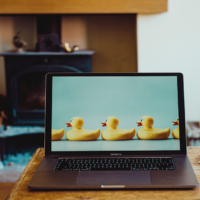 Australia’s overlords are furiously trying to force public servants to discontinue working from home (WFH) and return to the office. At the end of last month, the Australian Public Service Commission directed agencies to start bringing employees back to their usual place of work. Prime Minister Scott Morrison also urged public servants to return to

Australia has recorded 25 new COVID-19 infections, comprising 13 in NSW and 12 in Victoria: Fortunately, only one is from an unknown source and six were international arrivals in hotel quarantine: Metro Melbourne’s infection rate has begun to creep up: And the 14-day moving average has risen slightly to 10, double the target of 5 Demographic researcher, Mark McCrindle, has taken scaremongering over Australia’s lower projected population growth to new lows: Australia could finish the decade with up to 1.7 million fewer people than had previously been forecast as a result of the “large and likely long-lasting” effects of the global coronavirus pandemic… In McCrindle’s first scenario, “the snap back”, Fairfax’s Peter Hartcher believes that housing policy is New Zealand Prime Minister Jacinda Ardern’s Achilles Heel: Ardern promised to lead a “government of transformation” and 2019 was to be “the year of delivery”. In fact, she committed a distinctly unmagical act: “She’s overpromised and undelivered,” says James. Mills, Labour’s pollster, agrees that this is fair. In yesterday’s daily press conference, Victorian Premier Daniel Andrews swatted away a question about easing Victoria’s draconian lockdowns (watch from 37 minute mark in above video): Question: “Have you heard the comments from the WHO about lockdowns and encouraging governments to not use lockdowns as the primary source of suppressing the virus? Especially when the

Last week I produced a series of charts plotting Australia’s projected population growth, as forecast in last week’s federal budget, against the latest dwelling approvals, commencements and completions data from the Australian Bureau of Statistics (example below). The population data these charts were based upon is presented below, taken directly from the federal budget: Today 7News has run a segment (above) decrying the “wages war” between farmers, whereby “there’s plenty of produce to be picked and packed but nobody wants to do the work”. According to the report, farmers cannot get backpackers in to do the jobs due to the COVID-19 hard border restrictions, and the “turnover of local workers This morning I was interviewed by Luke Grant from Radio 2GB to discuss Friday’s article “Don’t fret over the national debt”. In the interview I discuss the missing ingredients in last week’s federal budget and why concerns over Australia’s ballooning national debt are unfounded. Data released this month suggests Australian households are deleveraging at a furious pace. First, the latest credit aggregates data from the Reserve Bank of Australia (RBA) revealed that the stock of personal credit collapsed by 12.5% in the year to August – the biggest decline in recorded history: Second, new car sales data from the Federal

Friday’s housing finance data from the Australian Bureau of Statistics (ABS) points to a rebound in Australian property price growth. This data showed a dramatic 12.6% lift in mortgage finance commitments (excluding refinancings) in August, with owner-occupied mortgages surging 13.6% and investor mortgages rising 9.3%: As regular readers know, mortgage growth is one of the

Global Macro / Markets / Investing: Goldman Sachs’ Warning: You Won’t Be Able To Make Money In 2021 – Newsmac Do People not Understand what Regulating Crypto will Mean? – Medium Big New ETF Players May Be Ready to Bring Back the Price Wars – Bloomberg U.S. bank stocks are fine, if you are rich