Find below the iron ore price table for July 17, 2013: Well, we’re through $130: And if anything the rally is gaining momentum as rebar comes off its lows: Although it has to be said, the spread between the two remains 10% out of whack with history: Such is life during a restock. So long A new note from Westpac makes it clear today that although interest rate cuts have so far failed to generate much economic return in traditionally sensitive sectors, they are at least reducing arrears at a good clip. This is good news. Any renewed downwards momentum in property prices will have to come from rising unemployment.

Former Future Fund chairman and CBA CEO David Murray has given everyone a post-GFC caning this afternoon: “Governments in Europe an the US have not faced up to structural reform and fiscal discipline as they should have and that’s raised the questions of what is the role of the central bank. If central banks think these [quantitative 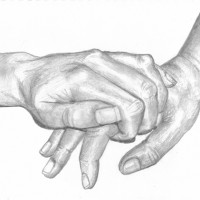 From Xinhua: Chinese Premier Li Keqiang said Tuesday that macroeconomic policies should be more scientific, forward-looking and targeted to promote continuous and healthy growth in the long run. Li made the comments at a conference about the country’s current economic situation, after data showed China’s economic growth slowed to 7.5 percent in the second quarter It seems Glenn Stevens is not the only Australian economist with a sense of humour. From the ANZ: In this analysis we use a somewhat unorthodox action and appeal to a statistical relationship between Australia’s performance at the Ashes and the AUD/GBP exchange rate. We find a relationship strong enough to suggest that Australia will I’ve obviously been following the coking coal price slide closely. Three weeks ago BHP announced a new quarterly contract at $145. Wesfarmers is out today with a new one $5 lower: Compared with a free-on-board price of $US167 per tonne from April to June, a price of $US140 a tonne from is expected from July 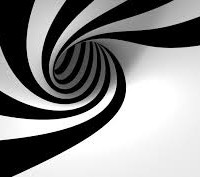 For those that still care, Westapc’s Leading Index is out today and continues to point to some parallel universe Australia where prices only go up (or is that this one?). Not that the failure of this index will bother the optimists: er20130717BullLeadingIndex (1) From Morgan Stanley today: Demand fundamentals continue to deteriorate, and we see further downside risks to our office forecasts (which were last downgraded only in May). Within our report at the time (Trust Talk: Mining Capex Slowdown – The ‘Canary in the Coalmine’ for Office Demand – Download the complete report) we downgraded our rental 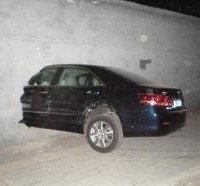 From Credit Suisse this morning comes this useful calculation: Proposed change: The proposed change is to remove the statutory formulae method for both salary sacrificed and employer provided cars. The implementation date is 1 April 2014 and based on the Government fact sheet, it appears that existing novated leases will be grandfathered. Those impacted: The Carbon pricing is the policy that keeps on giving. From the AFR: [Rudd] used the decision to try to turn the tables on Opposition Leader Tony Abbott over the cost of living by claiming that, under the change, the average family would save $380 in 2014-15. He said the opposition’s taxpayer-funded direct action policy would A new Morgan Stanley report looks today at how to hedge a China “super bear” scenario for investors: The new government’s policy drive to deleverage the banking sector has become more apparent. In the three months preceding the spike in money market rates the CBRC/SAFE have announced measures to regulate interbank entrust payments, wealth- management products,

Find below the iron ore price table for July 16, 2013: My doubts about reaching $130, or staying above it, remain. But we’re still marching along quite comfortably, fueled by the rebound steel prices (such as it is). Today’s news is dour as usual. From the China Daily: Iron ore producers and traders face a weak market with falling prices, and analysts believe these conditions will persist through the third quarter. During the first four months of the year, about 2.13 million metric tons of iron ore wereunloaded at Qinhuangdao port, a major commodity trading port that is seen as an economic bellwether. The volume was basically flat compared with the same period of last year, according toGeneral Cargo Branch Co, which handles the port’s iron ore business. The company declined to release more recent data. But visitors to the port can easilysee that unloading facilities are idle. And workers have observed a slowdown, too. A 40-something man who declined to give his name, who said he has worked in the port

Rio’s Q2 production report is out and there’s no stopping the iron ore deluge. Rio confirmed its guidance for 2013 at 265 tonnes: Record first half iron or production, shipments and rail volumes despite conveyor belt breakage resulting in one of five ship loaders being side-lined for almost three weeks in and unseasonal wet weather The suggestion had to come. And Michael Short of the SMH makes it today: It would not be surprising were Liberal members of Federal Parliament feeling nervous, even skittish. Only days ago, they were considered all but certain to win the coming election. Tony Abbott now looks an even bet to emulate his former boss John Find below an awesome chart pack on the Chinese economy from ANZ. I’d be a little wary of some of the conclusions, I find ANZ’s China analysis a little “Anglosized”. But the charts are super cool. Starting with this one: What rebalancing? ANZ Greater China Economic Insight Incl Regional Chartbook – 16 July 2013 From Reuters: Glencore Xstrata Plc said it will halt production of iron ore in Australia next month, citing deteriorating market conditions and ending a two-year experiment to gain a toehold in the sector. The company has been producing 1 million tonnes of iron ore concentrate a year for Asian customers as a by-product from its Ernest Henry copper mine

From ANZ: Iron ore prices rose to a 2-month high of USD126.9/t, but upward momentum appears to have waned. Market reports are mixed, with some suggesting steel mills are operating on low levels of iron ore inventories and are replenishing stocks on strong steel production – however, others suggest bids for cargoes remained low, with From Deutsche comes a couple of handy production report previews for BHP and Rio: RIO: 2Q13 Prodn preview – Rio is set to release its 2Q13 operating results today at 3pm. We expect the Pilbara mines and rail to be operating above capacity, and we forecast an 8% increase in production to 62.5Mt. Also, with the 6th car There’s an ongoing debate among iron ore analyts about how deep will be any seasonal Q3 iron ore price fall. On the one hand Credit Suisse is very bearish and on the other hand Macquarie Bank is sanguine, with others scattered across the continuum in between. The difference of opinion relies upon a number of 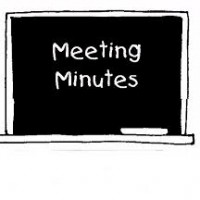 The June RBA minutes are out and show the Bank is firmly fixed upon the dollar and the role of USQE in its valuation. Other points to observe include that there has been a deterioration in general business conditions since the last meeting and that the Bank seems to be slowly nosing its way to The Herald Sun has a report today on why sleep is vital for productivity: The economic drain caused by lack of sleep has become so severe that health experts, industry, employer and union groups have combined to form the Federal Government funded Cooperative Research Centre for Alertness, Safety and Productivity. In 2010 the Sleep Health Cross-posted from Mark the Ballot. The change of prime minister has had an unexpected impact on the polling data and on my attribution of house effects. This impact makes the polls particularly difficult to interpret at the moment. The critical question is how much of a bounce did Kevin Rudd bring to the polling fortunes 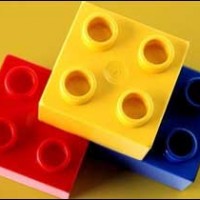 The emerging debate about bank funding is heating up. The big splash by the Australian Centre for Financial Studies and its Funding the Future project has set things off but NAB wades in today: A senior National Australia Bank exec­utive says global requirements to hold more capital mean banks may not have the funds needed Details are emerging on how the Rudd government will pay for its carbon politics: The Rudd government will impose a new public service efficiency dividend, slash at least $750 million from climate change programs and possibly tighten fringe benefits tax concessions for ­salary-sacrificed cars to help cover the $4 billion bill for dropping the fixed

Before any of you accuse me of flip-flopping, let me say that the following does not change my outlook for house prices. My base case is unchanged, that prices will struggle to do much better than inflation this year and will be under pressure in the next several years as the economy falls off the A chart from Westpac makes a pretty stark point about the trajectory for the miracle economy, its interest rates and currency versus just about everybody…

Find below the iron ore price table for July 15, 2013: An interesting story from India today: India’s iron ore imports plunged 78 percent in the April to June quarter from a year earlier, according to provisional data from government sources, as domestic supply rose and exports fell. The shipment data, coupled with a 9.1