Here’s some prescient research from September 2010 that is worth revisiting. It is from a Goldman Sachs report on Australian housing by economists Tim Toohey, David Colosimo and Andrew Boak. On whether Australian house prices constitute a speculative bubble: No We think that the behaviour of house prices over the past year, and indeed the past From Mac Bank today: China Customs released preliminary trade statistics for April on Thursday. While much of the focus may have been on the impact (or lack of it) of tighter financing constraints, in our view the picture is a lot more simple – too much supply across key commodity markets. Chinese raw material imports By Houses and Holes in Australian Dollar, Featured Article

From the SMH: One of two men charged with insider trading on the basis of advance knowledge of sensitive government statistics had a field day on March 13, police say. That was the day Lukas James Kamay allegedly made more than $2.5 million after the release of surprisingly positive jobs data. To generate a profit From Bloomie: Chinese President Xi Jinping said the nation needs to adapt to a “new normal” in the pace of economic growth and remain “cool-minded” amid a slowdown that analysts forecast will lead to the weakest expansion since 1990. China’s growth fundamentals haven’t changed and the country is still in a “significant period of strategic Don’t say you weren’t warned. From Goldman: Early signs of a structural surplus are already evident  The first quarter of the year usually sees weather related disruptions to iron ore supply and an increase in demand from the Chinese steel sector; this year, iron ore prices have fallen by 21% while Chinese port stocks have Here are the iron ore charts for April 10, 2014: Another bad day for prices on Friday. Paper market falls eased but still hit new lows in the 12 month swap and rebar futures. Dalian futures are within a whisker of a new low as well. In physical markets, spot is down, rebar eased a 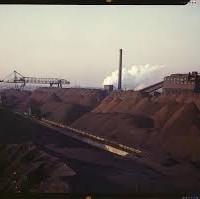 The Conversation has an interesting piece on Chinese investment in the Pilbara this morning. It has points worth making but is also a little on the paranoid side. ‘China inc’ may save money by investing in cheap iron ore in Australia, even if the companies that do it lose money, but it also means downward pressure Via FTAlphaville, Barclays has issued some new scenario analysis on the Chinese property market. Here it is in a nut shell: So, a 35% chance of GDP at 6.5% or worse next year. The sell side is slowly catching up to my 50% chance of similar. The worst case scenario is ludicrously short of the Cross-posted from Investing in Chinese stocks. Sensing deflation is afoot, the banking analysts have turned to the only solution they ever imagine: print more money/ allow banks to lend more credit: But a number of economists say there’s a real need for the central bank to cut the reserve requirement ratio. On Friday, ANZ Bank By Houses and Holes in Australian budget, Featured Article

This weekend saw the release of the Department of Finance’s monthly tracking of the government’s cash flow and it showed that for all of the bleating from certain quarters about the cyclical rebound the deficit is only marginally better than that projected in the supposedly uber-bearish MYEFO. Craig James at COMMSEC has a note on

Over the weekend this story came to light: In one of the most serious insider trading cases in the nation’s history, the Australian Federal Police allege 26-year-old Lukas Kamay, an employee with National Australia Bank, offered up to $60,000 to 24-year-old ABS ­analyst Christopher Hill as a bribe to provide market-sensitive data before publication. Mr Cross-posted from Sober Look. Many were outraged recently when the trade data showed Russian exports actually rising in the face of the so-called “sanctions”. Bloomberg: – The world’s largest energy producer shipped 2 percent more gas to Europe in the first three months of 2014 than it did in the same period last year, government data So now we know why iron ore miners surged yesterday as prices tanked. From Citi yesterday: Iron Ore: Cyclical Bottom, but Bear only Hibernating What’s Changed — In March we downgraded iron ore stocks on expectations that the wave of new supply and stickier than expected Chinese production would drive prices significantly lower – There’s 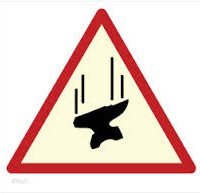 Here are the iron ore charts for May 8, 2014: Trouble. Paper markets are in free fall. The 12 month swap has broken both its low for the year, the move and $100. Dalian 6 month futures are chasing it lower. Rebar futures fell sharply to record lows. Physical is following. Spot hit its low

If it’s not one major funding currency then it’s another. Earlier this week the US dollar was smashed on the prospects of extended US easing. Overnight it reversed completely and the euro was hammered as the ECB gave bold hints of a resumption of money printing in June. It doesn’t seem to matter who wins By Houses and Holes in Australian budget, Featured Article

From Bill Evans at Westpac today: Westpac expects the underlying budget deficit for 2014/15 to be announced by the government as $26.0bn on Budget night on May 13. That is about $8bn lower than the estimate from the government’s Mid Year review of $33.9bn. • The improvement will come from a modest increase in the Exclusively from Michael Pettis’ newsletter. The currency is merely one among several factors that are part of the rebalancing process to which Beijing is committed. The fact that the gap between nominal GDP growth rates and the base interest rate has fallen from 11-13 percentage points, just three or four years ago, to 2-3 percentage Via FTAlphaville comes this fascinating description of the process of Chinese easing by Goldman Sachs. When China is loosening these questions are much more complex and less transparent, for several reasons: 1. A larger number of bureaucratic players are involved. Apart from the central bank and the Ministry of Finance, other government agencies also play important

By Houses and Holes in Australian interest rates

Here’s Bloxo in what I consider to be serious premature celebration: Australia’s labour market is improving and the jobless rate now seems to be passed its peak. Employment rose by +14k jobs (market had +9k; HSBC had +15k) which was enough to hold the unemployment rate steady at 5.8% (market and HSBC had 5.9%). This From Crikey’s Bernard Keane and Glenn Dyer today: It’s clear now that the Hockey’s doom-laden growth predictions will be exceeded: the economy picked up in the second half of 2013, meaning we entered 2014 with growth at 2.8%, according to the December quarter national accounts. The Reserve Bank’s forecast in February (the RBA provides ranges over the 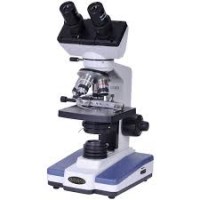 From Capital Economics: April’s low export growth was, as in previous months, largely caused by rampant over-invoicing of trade to avoid capital flows last year, which has created an artificially strong base for comparison. These distortions appear to have resulted in exports to Hong Kong and Taiwan, via which most of the over-invoicing took place,

Cross-posted from Martin North’s DFA Blog. DFA has updated our core household models to incorporate the latest results from our surveys. One interesting element is the household savings ratio, which the RBA often cites as one reason why households are doing well currently. We asked specific questions in the survey about savings behaviour, by segment, and today