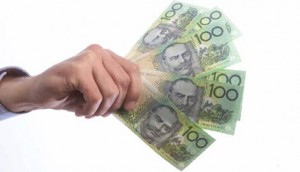 The “volatility” in the market — for which read, “what the hell is going on”? — is pushing brokers inexorably in the direction of dividends and capital management. If you can’t pick the direction of the capital gain, go to the income or the capital tricks. After the odd $100 billion GFC capital raising on the Australian market, there is plenty of scope for buybacks. Goldman Sachs notes that capital raising is steady and buy backs are in line with normal trends:

In the 12 months to June 2011, the total value of buy-backs amounted to 1% of aggregate market cap, which is broadly in line with historical norms. The value of buy-backs peaked at no more than 2% of Australia’s market cap in 2002. Gross capital raisings (including IPOs) are the key drivers of net share issuances at the aggregate level. Over the past year, capital raisings remained broadly steady at 8% of market cap, well below the peak of 13% in 2009 but slightly above the historical average of 7%. Consequently, aggregate net share issuances (7% of market cap) are only marginally above historical trends.

• In inflation-adjusted terms, the market DPS appears to have bottomed out in the past year and remains 25% below the peak of 2008. On face value, this suggests there is tremendous scope for catch-up.
• Nonetheless, future upside surprises are limited by the fact that over the sweep of the past 40 years the aggregate DPS has grown at a compound annual real rate of less than 3%. Moreover in contrast to the credit boom years, the outlook for profitability and dividends for industrial firms is unlikely to get an assist from higher gearing.

Resources firms have lifted their aggregate cash balances to a record of over 11% of total assets, up from 4% as recently as in 2008 (Exhibit 3). In contrast, cash constitutes 6.2% of total assets of industrials ex-financial firms, above the historical average of 5.5% but below the peak of 8% in 2007.
• CFOs of industrial firms face incentives to hold excess cash balances as a form of insurance against renewed financial market turmoil. The cost that a CFO incurs in terms of holding excess cash – notably lower profitability – are outweighed by the costs of holding inadequate cash levels – the need to tap capital markets to raise expensive new equity or debt.

There is growing interest in buybacks, both for teh buyback itself and the effect on teh stock after the buybacks.

Our screening work back to 1993 shows that firms which contract their share base over 12 months continue to strongly outperform even after the buy-back announcement. This might reflect the market’s tendency to underestimate these firms’ ability to continue to generate high profitability and excess cash flows (the results are available on request).
• We identify potential large cap capital management candidates based on high levels of cash/total assets (above median) and low leverage ratios (below median). We screen out stocks that have large cash balances thanks to capital raisings over the past 12 months (ie. stocks with large positive net share issuances).
• The list of stocks is: OZL, RMD, OSH, AQP, PNA, ANN, CSL, BHP, COH, RIO, SEK, CSR and BLY.

It’s a fair call to say that in an era in which asset bubbles are being exposed in all parts of the developed economies, then the emphasis in the market is shifting to income and capital management. Not so much as a bear market play — it is not really clear that this is a bear market or an economy that deserves a bear market — but as a gestalt shift in investing. If you can’t profit from bubbles, then you have to profit from investing in well run, and properly capitalised businesses. Sounds obvious, but for much of the past decade it hasn’t been.

Outside local stocks its been another rough

Evans Dixon warns: Another one bites the

ASX bath of blood pushed back

The Aussie dollar is still firm this morning

By Chris Becker  It's crunch time for